The ovens of solidarity have been relit thanks to the youth at the San Nicolas Euskal Etxea: they feed school kinds in need 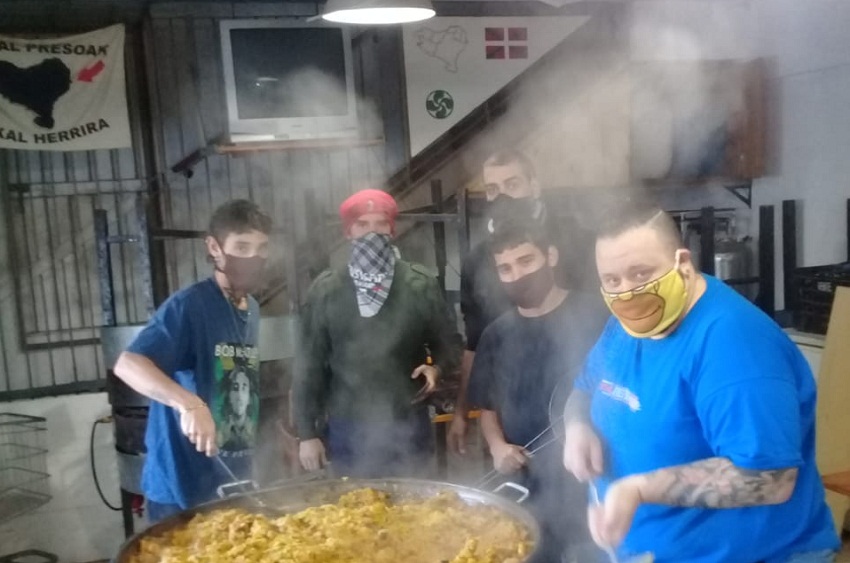 San Nicolas, Argentina. Known for its solidarity initiatives the Basque club in San Nicolas has a large group of cooks that since 2002 have been involved in the “Etxe Nasaia,” project that feed school children at the club's facilities.  Schools are now closed due to the quarantine, but since hunger has not disappeared, volunteers at the Basque club came back to the project and begun cooking again every week to prepair foor for kids in the city’s most needy neighborhoods.

During social distancing, it is necessary to plan for a dynamic that makes it possible.  The club secretary and president order the raw material every week which is received on Friday mornings.  On that day, a group of youth, who by their age puts them less at risk prepare the ingredients for the meals that will be cooked and ready on Saturday at noon.  people will come to pick it up to the Basque headquarters. “All is coordinated with the City’s Social Action program so that aid does not overlap,” Ana Maria Erausquin, club president told EuskalKultura.eus.

This is not the first time that the Basque club has organized to provide special help during extraordinary circumstances.  They did the same during the big flooding in 2017.  We are aware of the particular situation imposed now by COVID 19, each activity requires effort and coordination and also depends on the club’s economic situation, which is not easy today either. Erausquin adds that they have wanted to resume the activity for some time, and that it has been thanks to the efforts of the young people that they have been able to do so. Solidarity and the capacity for teamwork continue to characterize the Basques of San Nicolás.