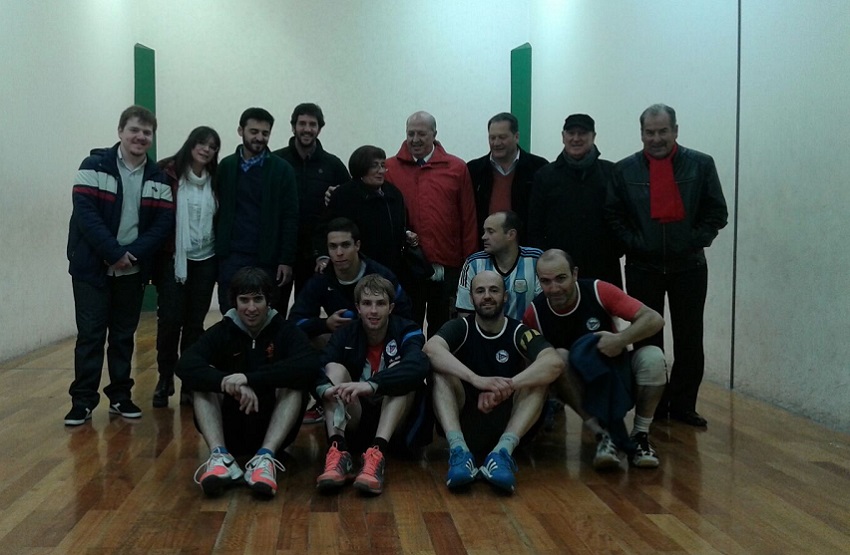 At the Basque club fronton, pilotaris and members of Denak Bat, including Basque teachers Alicia Aguirre and Cecilia Belaunzaran

The city of Mendoza became the site of an Open International Handball Tournament with the participation of local players and those from Parana and Ecuador.  The “One Wall” games will took place at the Basque club’s fronton, inaugurated at the beginning of the year and named, “Horma Bat.”  Winner were Leandro Rodriguez and Adrian Astorga.

The Basque club stood out among the public that came to watch the matches including the President of the International Federation of Pelota, Daniel San Juan, accompanied by businessman, Antonio Ferreres.  Players had dinner with members of the club during the first days of the championships.

Among the upcoming activities for the Mendoza Basque club there will be a Basque Film Series that will begin on Saturday, October 24 at 20:00 at the local Microcine (9 de Julio 500) in the David Eisenchias room.  The first film to be shown will be Pagafantas by Borja Cobeaga.  Admission is free and the event is open to the public.