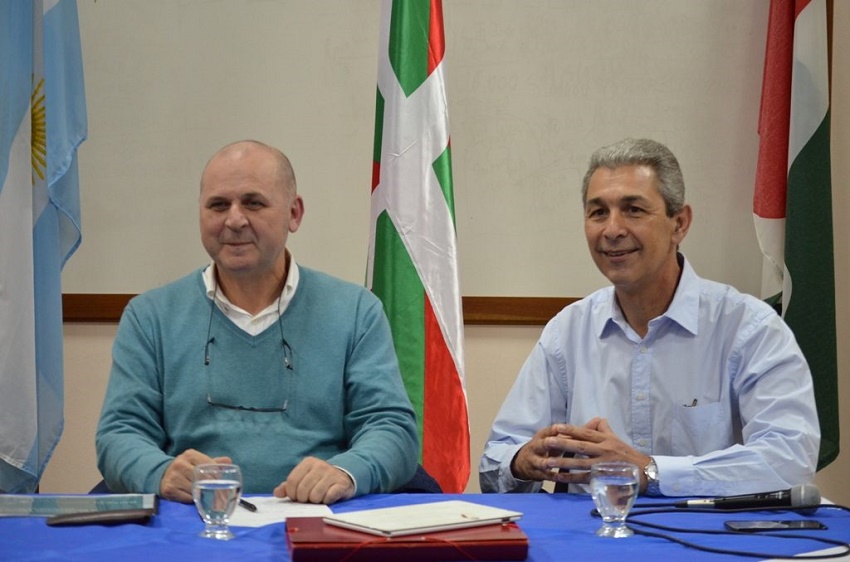 Fernando Nebreda Dias from Spain, president of the Basque Association Garapen along with the Mayor of Obera (photo Obera on line)

Invited by the city of Obera in the Northern Argentine Province of Misiones, a group of members of the Euskal Jatorri in Posadas - the provincial capital - led Basque-Argentine institutional representation in the talks and meetings held in Obera.  Attending from Euskadi, Fernando Nebreda Dias, president of the "garapen", Basque Association of Development Agency.”  The club also reported on the elections for its board of directors.

Posadas, Argentina.   The president of the Basque Association Garapen is currently visiting the province of Misiones where he already met with local businessmen and institutions.  He also gave a talk yesterday afternoon entitled, “Development Experience in the Basque Country: the Role of development Agencies and Potential Links between the Basque Country and the Triple Frontier Region,” at the College of Engineering in Obera, National University of Misiones.  The Posadas Basque club also attended talks by Fernando Nebreda, specifically members María Martha Oria, director on Euskal Jatorri’s board and director of Commerce and Integration in Misiones; Rene Bergara, auditor, and María Silvia Soloaga, secretary of the Basque club's Board..

New Board: Recent and Upcoming Activities

The Euskal Jatorri Basque Club elected a new board on April 21st and right after the election, the new authorities got to work.  On May 7th they held their first food sale to raise money to cover Basque club expenses.  In the words of Maria Silvia Soloaga, “The new board is comprised of a group of young people with a lot of energy for work.  So we will continue with dance classes for children and adults as well as food sales.  We’d also like to return to publishing our magazine soon, respecting the format used before.  We would also like to advertise in local media in order to get new members,” the clubs’ secretary said.

They have already organized two activities for the month of June: San Juan Festivities and a Basque Film Series.

The new board is comprised of the following: 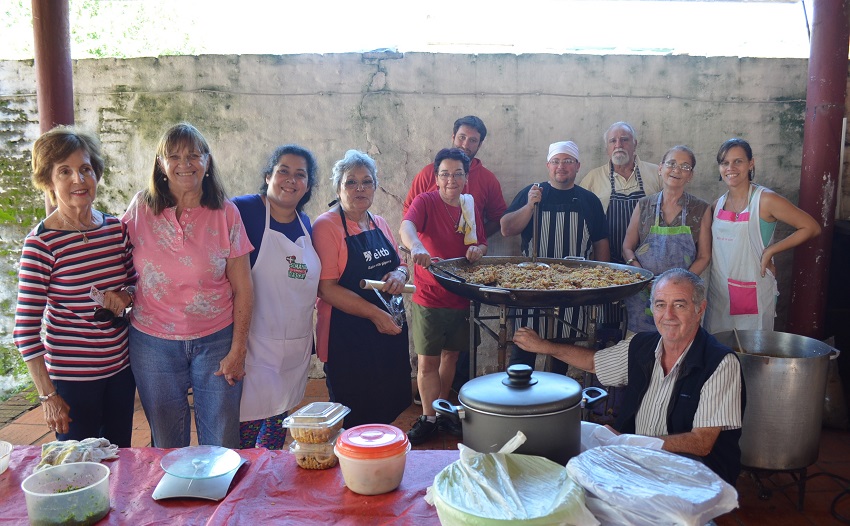