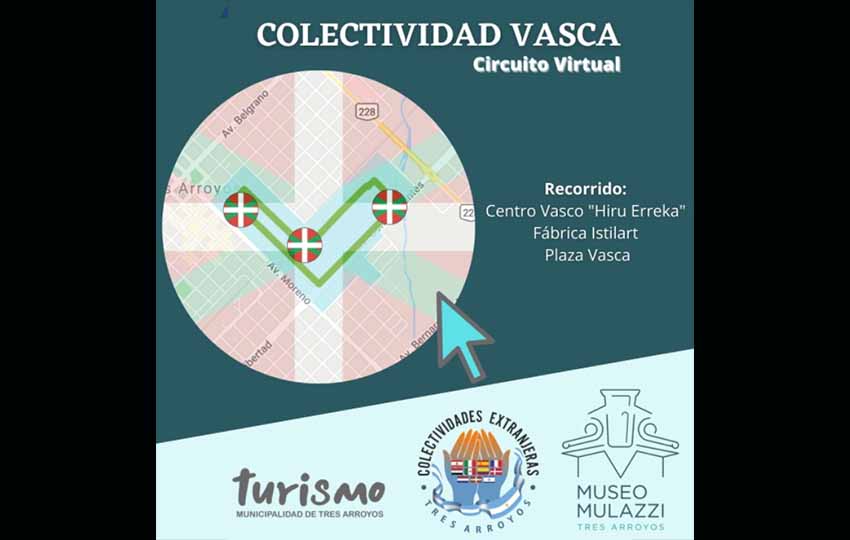 Today the Basque Circuit will be inaugurated at 3:30pm, presenting Basque community places in Tres Arroyos

Tres Arroyos, Argentina. The Municipal José A. Mulazzi Museum in Tres Arroyos, along with the city’s Direction of Tourism and the Commission of Foreign Collectivities, began a project in hopes of introducing the rich history of Tres Arroyos in communities that act and live in its heart.  Ten circuits were prepared, highlighting relevant places and stories linked to communities, the last one taking place today at 3:30pm dedicated to the presence and contributions of the Basque community.

Each circuit included the History, customs, traditions and the current reality of each community.  The communities featured to date include the Danish, Spanish, French, Israeli, Lebanese, Mexican, Dutch and Syrian communities, with the Basques concluding the series.

Video of the Basque circuit to be presented today: