The city of Dresde, Germany has approved dedicating a street to the victims of the Bombing of Gernika 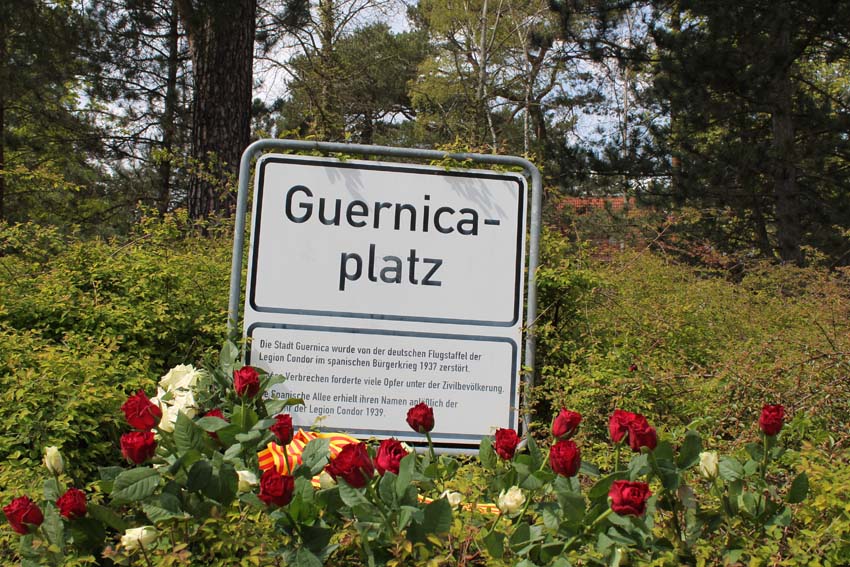 The proposal was approved last Friday, and provides for a central part of a street to be renamed Gernikastrasse, in memory of the victims who died in the attack on the Basque village that was carried out in 1937 by Nazi aviation and General Franco’s Italian Fascist allies.  This coincides with the 80th anniversary of the event that will be commemorated on April 26th.

Dresde, Germany.   According to the Green's spokesperson, Christiane Filius-Jehne, the proposal is intended to join the wills and ideas of peace as part of the common European framework.  It seems like this time the initiative will prosper, even though not unanimously approved, with votes in favor of the name change coming from the Left, the Green Party and the SPD (the municipal majority supported by the Mayor), and opposing votes coming from the CDU, FDP-Free Citizen and the AFD.

The question of spelling was also discussed since the Green Party’s proposal was in favor of the current denomination of Gernika (Basque spelling, official) and so Gernikastrasse, above previous denominations that, while not official, are already depicted on the painting by Pablo Picasso.

It should be noted that the Saxon capital that today has more than a half million inhabitants, was the subject of terrible and devastating bombing by the allies during World War II.

Germany’s capitol, Berlin, also has a plaza dedicated to Gernika, the Guernica-Platz (sic), and Gernika is also the name of the local euskal etxea formed by Germans who were aware of the role of the Luftwaffe and the Condor Legion in the destruction of the Basque village.