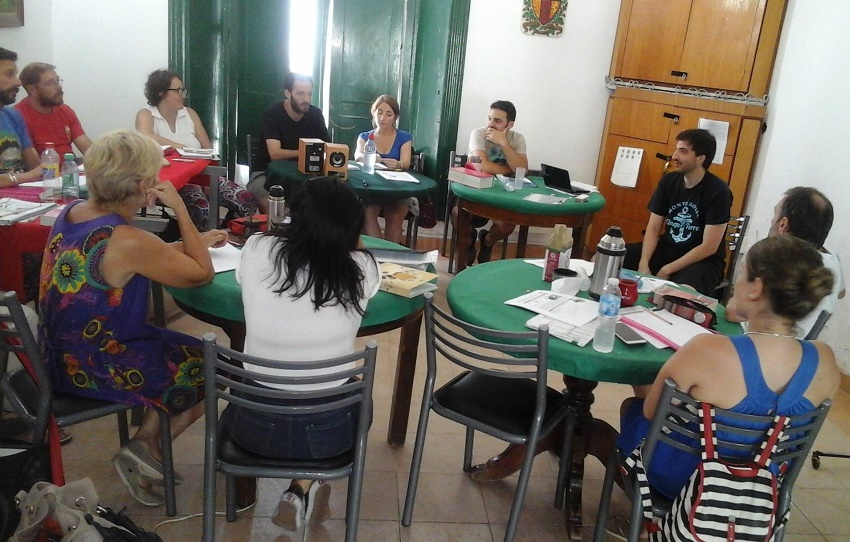 Students at the summer Barnetegi

The city of San Nicolas once again hosted the intensive Basque summer course that is part of Euskera Munduan managed by HABE.  Organized by FEVA and the local Euskal etxea, the Barnetegi ran from January 21-28.  Before returning to Europe, director of the program Kinku Zinkunegi, shared his reactions to the course as well as news about new HABE agreements signed by Basque clubs and federations in South America.

Buenos Aires, Argentina.   The first Barnetegi of the Euskara Munduan 2017 program took place January 21-18 in San Nicolas, in the Province of Buenos Aires.  According to Kinku Zinkunegi, HABE technician, “the goal of this gathering was to finish the materials associated with Level B1 (from the Common European Framework of language references), that was the goal we set for ourselves in 2013 in San Nicolas.  Today we can attest that we met that goal and say that the majority of the group is comfortable at that level.”

It was four years of work and even if the group underwent some modifications, today there are 22 teachers in training.  “This time, and for various reasons, we had a larger absentee rate at the Barnetegi and so it took place with 16 participants.  The classes were taught by Dani Oiarbide and Gabriel Arce, who did an excellent job.  In addition, something that is not always possible, we were able to work on the necessities of each student and this was invaluable for them,” he said.

Zinkunegi also talked about the difference between this meeting and prior editions in regards to the use of Euskera during the week.  “With the level of this group, members can carry out their lives completely in Euskera and this was noticeable.  We also noticed the influence that our insisting, at the beginning of the program, on their attendance, as well as achieving a certain level to continue on this group.  Right now, you have to have at least an A2 to participate and this is evidenced by how they communicate.

Zinkunegi appreciates all those who made the Barnetegi possible at the San Nicolas Euskal Etxea, for their welcome and their commitment to the activity.”  “Eskerrik asko to club president, Damian Cebey and to his entire team.”

Next steps for Euskara Munduan

The HABE representative equally referred to the challenges that have been proposed for the coming years: “Now our goal is for the exams to be taken in Buenos Aires in July of 2019 and the objective of the group of teachers will be to reach Level B2.  We have two years and a half, and seeing the rhythm that they have reached to date, we feel that it is entirely possible.  In March of 2018 we will return to work, on a group that is formed by those who have achieved Level A2 among the 22 current members and for those who have already achieved Level B1 in prior years and who would like to continue studying.”

Zinkunegi also refers to the possibility of carrying out Level A1 and Level A2 tests in Argentina: although the subject hasn’t been studied thoroughly yet, a possibility aimed especially at students who have studied for the last two years in Basque clubs: “FEVA has realized the importance of these tests since there are students in Basque clubs that are ready to become accredited at these levels, and for them it would be very motivating,” he says.

Zinkunegi asserts that “in the majority of cases these are existing agreements that are being renewed; but for the Euskal Etxea in Lima and the Eusko Alkartasuna in San Paulo, these are their first agreements.  In both Basque clubs Basque classes have already begun and are going well.”  “Moreover, in Lima, they are looking organizing two courses for the coming year; and at Eusko Alkartasuna in San Paulo, this is the first year that they offer classes.  Fulfilling a longtime desire after finding a teacher and an adequate facility, in the center of the city, a group of 17 students started representing a big step for the institution.” 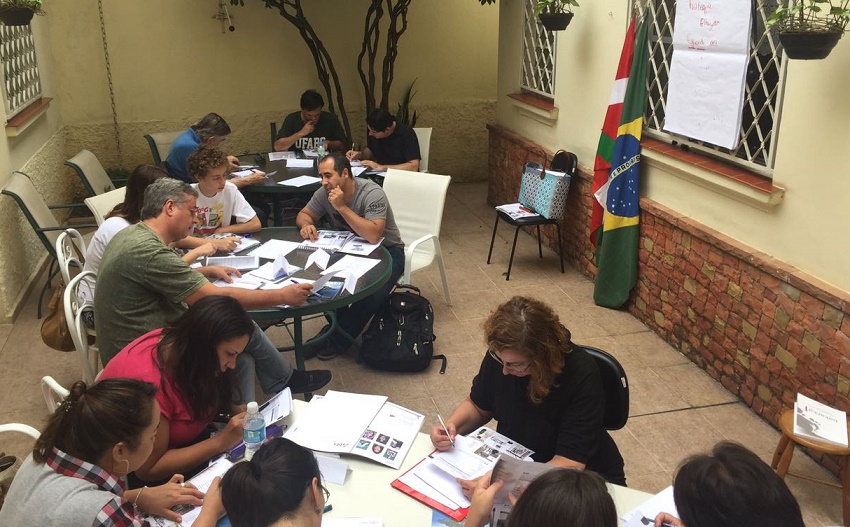