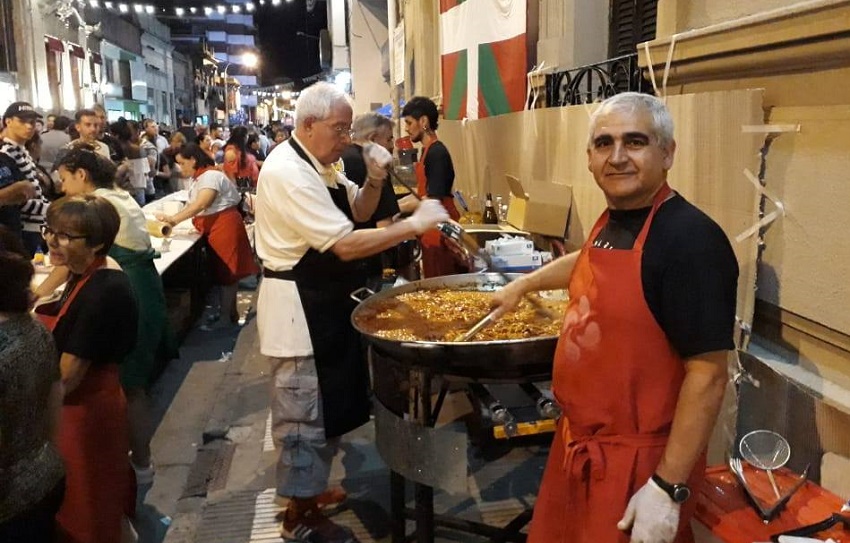 San Nicolás, Argentina. The “Hour of San Nicolas,” is an annual event organized byte city and the federation of local businesses.  The goal of the initiative is to promote a space for concerts, art and photography exhibits and workshops that are taught locally.  It also includes a varied gastronomic offering including offerings provided by the local Euzkal Etxea (sic) Basque club.

This year, the event took place last weekend and at the heart were the sukaldariak (cooks) who prepared “txipirones a la manteca con arroz,” txorizo in cider, txitortas (txistorra burgers), and hamburgers.  The attendance estimated at some 150,000 people the club’s stand was one of the most popular and had sold out by 11pm on Saturday.

After the success at the “The Hour of San Nicolas,” the club invites everyone today, December 20th for a screening of the funny film “Mission Basque Country,” set in Iparralde that will begin at the clubhouse at 8:30pm.  The Euskal Etxea announces that the film series will continue through January.