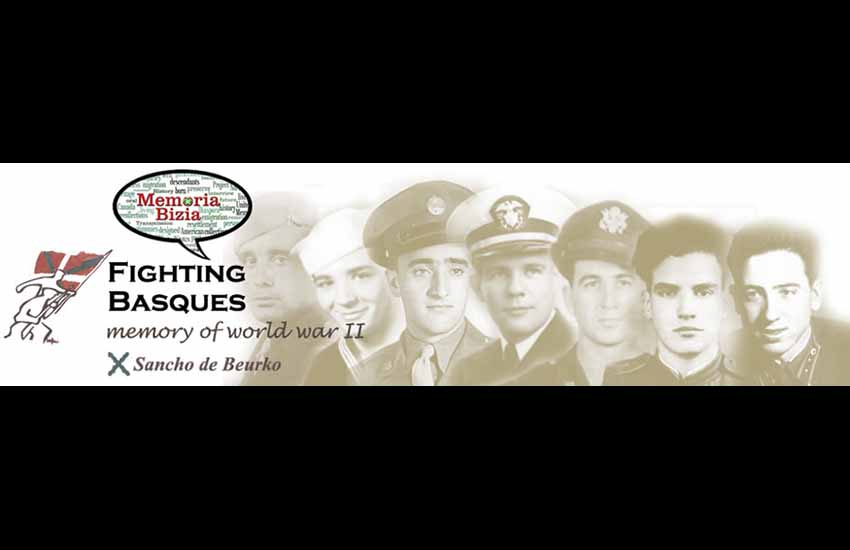 The Basques fought on all stages of WWII, from the Libyan desert to the Pacific beaches

Bilbao, Bizkaia. The Fighting Basques, Memory of WWII project is being developed by Memoria Bizia and the Sancho de Beurko Association, with the collaboration of the NABO, and the US Basque community. Thanks to historians, Pedro J. Oiarzabal and Guillermo Tabernilla who have researched Basque veterans who participated in the Second World War, identifying then and writing their biographies, Oiarzabalhimself  has now announced that the California phase of the work has been completed identifying 600 Basque veterans that served in the US armed forces during World War II.

Oiarzabal wanted to expressly thank "NABO and the dozens and dozens of families who have collaborated in the project, for their invaluable support and collaboration." The work carried out is responsible for identifying each veteran, writing their biography and collecting as much material, photographs and documents about him/her as well as their surroundings as possible.

Preceding California, the Nevada phase concluded in 2016.  Now with California done, they will continue through the rest of the western states.  The initiative aims, along with delving into the subject and providing light and the greatest amount of data and material on the subject possible, to offer the Basques who fought in the Second World War the honor and recognition deserved by all those who took part in the contest.