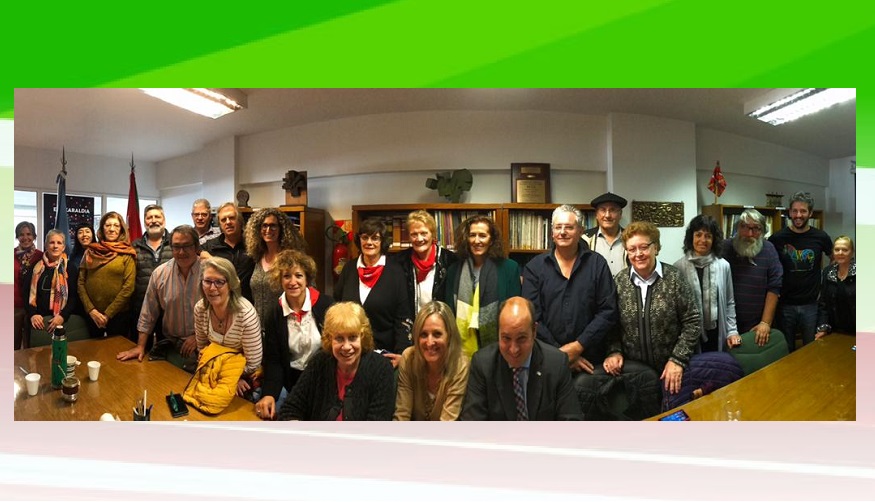 The FEVA Meeting in 2019 with Arantxa Anitua assuming as Lehendakari, with club delegates, Sara Pagola and Gorka Alvarez

Buenos Aires, Argentina. The FEVA 2020 Ordinary Assembly will be held this Saturday, August 1, for the first time online, through the Zoom platform, in an unprecedented modality but following the conditions legally established by the IGJ, Argentina's General Inspection of Justice, for this special health emergency situation due to the COVID-19 pandemic.

As the federation communicated to EuskalKultura.eus, the IGJ allows this virtual mode when there is only one ticket presented.  Voting by Basque clubs – previously accredited – will be done out loud and a copy of the same will be kept for at least 5 years.

As such, Arantxa Anitua who is at the head of the ticket will be confirmed by the Assembly as the maximum authority of FEVA for the next two years, accompanied by the same team who has been serving in the most representative posts during this last year.  Juan Jose Olasagastia as Vice-President; Carlos Miguelena as Secretary and Elba Mocoroa as Treasurer.

Let's remember that Arantxa Anitua, who was serving as Vice-President assumed the FEVA presidency in May of 2019 after Javier Ederra resigned in order to move to Euskadi.  This also allowed Juan Jose Olasagasita from Pringles to assume the Vice-Presidency.