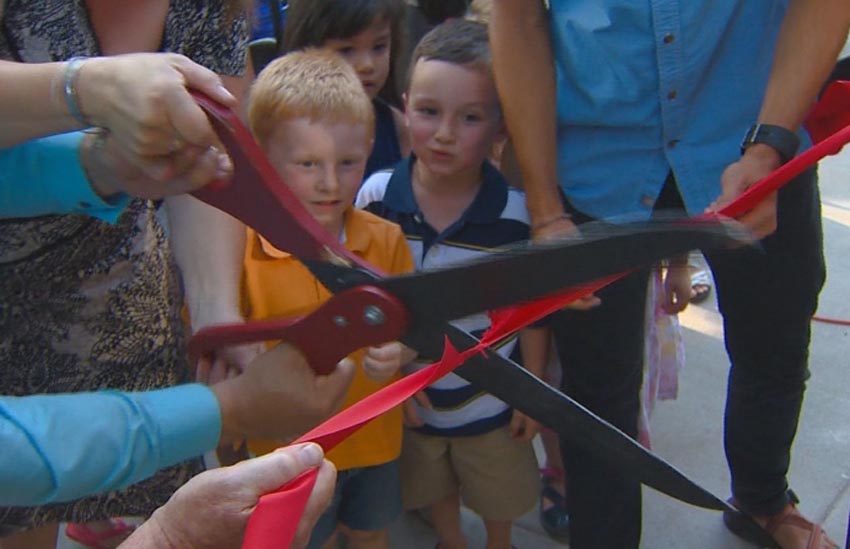 Boiseko Ikastola inaugurated its new location last Monday with new headquarters and facilities in Boise, inaugurated by Basque Mayor, Dave Bieter, who attended along with a large group of Ikastola parents, teachers, collaborators and friends. Remember that the school opened its doors 17 years ago in a space rented from St. Paul’s Catholic Student Center on the Boise State University campus, where it has been until now.

Boise, ID.   With the change, Boiseko Ikastola  that had been housed in a basement until now, gains visibility, light and safety, at its new location situated in the urban area of the city and now it also includes a yard and parking separated from the play area.  After a huge effort, the new location is also their own, unlike the shared quarters it has been in until now.

Video on the new facilities by KTVB 7

Oihana Andion, from Navarre, is the current teacher at the Ikastola.  Even if the majority of her students are of Basque origin, some of their parents arený and send their children to the Basque school because of its special characteristics, its integrated teaching model, as well as its values that incorporate a second language, Euskera, to the child’s world at an early age.

After Monday’s inauguration the center began its regular activities on Wednesday, beginning with the program’s summer session.

The inauguration in Idaho Statesman's report: