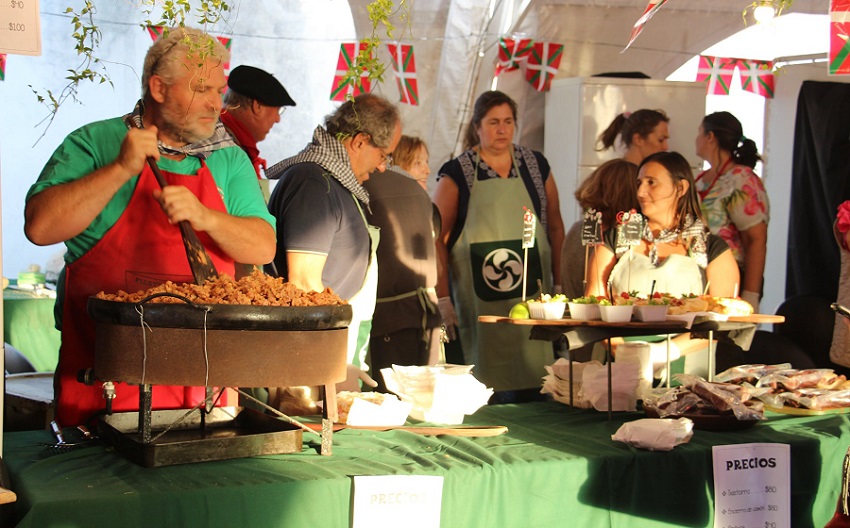 Tres Arroyos, Argentina. The city of Tres Arroyos celebrated another edition of the Provincial Wheat Festival, in 2019 with a special focus as the festival celebrated its 50th birthday.  The events ran March 6-10 with a varied program of activities and top-notch entertainment.  The Basque club also participated in the program, at the inauguration event as well as by providing food, shows and popular dancing.

The Hiru Erreka Basque Club was represented at the inauguration by its standard-bearers, dressed in traditional costume, along with other communities and local institutions.  During the main days of the festival, they also had a stand that was very popular, in particular the Basque dishes including txistorra, mortzilla, pintxos and jamon.

The Golden edition of the Wheat Festival also included the Hiru Erreka dance group that performed on the last day on the main stage, and encouraged the audience to join them in a kalkejira.  More festival photos here.

[Kalejira along with the audience]