“European customs in the new world:” Aretxaga Sheep Cheese, produced in Uruguay, looking for its niche in South America 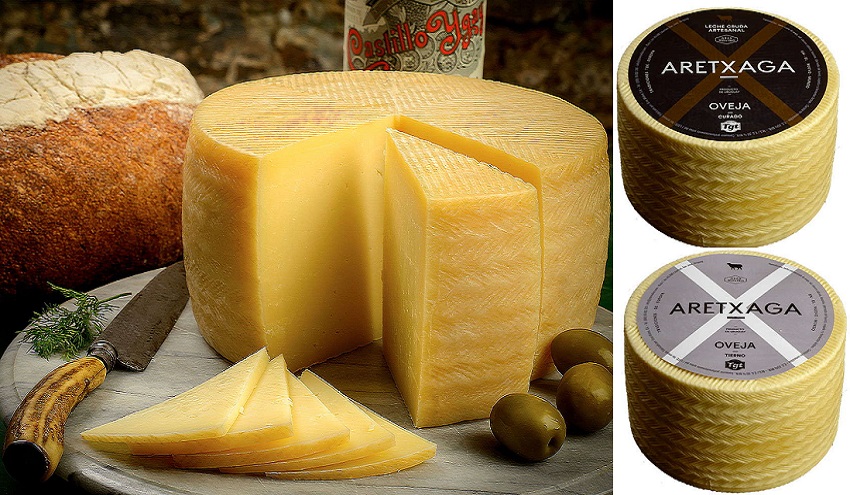 San Jose, Uruguay. Miguel Jimenez de Arechaga represents the ninth generation of his family in Uruguay, and didn’t hesitate to baptize his cheese, made with sheep’s milk, “Aretxaga Cheeses,” maintaining his last name's original Basque spelling.  He is also the main reference at the Gran Molino company, producer of aforementioned cheeses, knowing perfectly that the original Aretxaga farmhouse is located in Murgia, Araba and that Juan Guillermo Jimenez de Arechaga came to America in 1806, and after fighting for the Spanish crown, they gave him the freedom to choose his destination and he decided to return to the “new continent.”

More than two centuries have passed since that first trip, but history meets the present.  Some years ago, wanting a new challenge, Miguel, joined the European Cheese company TGT, the leader in the Iberian market.  TGT became and “excellent complement” to the family company, Gran Molino, located in San Jose, Uruguay.  “We supply the land and the management, and they provided the knowledge and the commercialization possibilities,” the Uruguayan producers explained.  In that way, until the beginning of this year, the majority of the Gran Molino production was exported to the Unites States, Russia and Japan.

Today, affected by the cessation of exportations due to the pandemic, the Uruguayan company is seeking to become a local and regional marketplace, in countries like Argentina, Brazil, Chile and Paraguay.  “We know that it would be a challenge because it is a new flavor,” but loyal to their own slogan European Customs in the New World they are optimistic about the reception of their products in South America.

“The cheese is similar to Idiazabal because of the type of row material it is made with,” Arechaga explains adding something else that links him to the history of the Basques in his country.  “Our land here land originally owned by Bizkaian Francisco de Alzabar who accompanied Zabala, from Durango, in the founding of Montevideo.”

The wager has been made and we hope to be able to enjoy Aretxaga sheep cheese in these latitudes soon, made with local raw materials using a European recipe.  In regards to the price, an important detail in these times, “it will be 30-40% less than the one that comes from Europe,” the producer told Euskalkultura.eus.