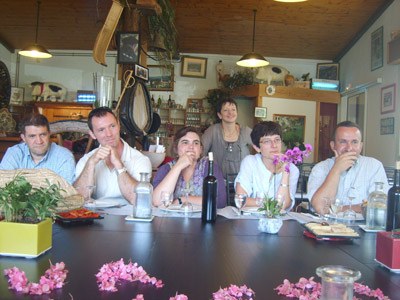 The meeting was called by the Eskuadunen Biltzarra Basque club in Bordeaux with seven clubs and Basque associations confirming their attendance. The meeting will take place on March 24 and 25 at the Eskualdunen Biltzarra clubhouse and will welcome clubs from Paris, Pau, Lourdes, Montpellier and Toulouse (two associations) as well as the hosting club Bordeaux and the Ongi Etorri association also in Bordeaux. The meeting will serve to share experiences as well as try and find solutions to problems that they have in common.

Bordeaux, France.  French Basque clubs will gather on March 24, invited by the Eskualdunen Biltzarra of Bordeaux.  The idea for a meeting came out last August following a meeting that took place in the Basque Country, in Aldude, at the invitation of Pierre Oteiza, delicatessen owner.  It was a great opportunity to meet and share different experiences, and in the Bordeaux Basque club’s view, was worth repeating.  “The day after the Aldude meeting, we sent a message to all of the associations proposing that we meet again in 2012 in Bordeaux,” David Mugica, president of the Bordeaux club explained to EuskalKultura.com.

There is precedent for such a meeting, at the European level, such as the meetings held in 2008 in Paris and in 2009 in Barcelona.  “But then the project failed, because it was too complicated to get together, and carry out projects; we all had enough work in our own centers and so why create more?” Mugica remembers.  “Despite this, those of us in Bordeaux always had this idea at the back of our minds but at a national level, because we thought it would be easier and more practical.”

On the first day, clubs will have the opportunity to get to know each other better and in the afternoon there will be a workshop where each will discuss their problems and will seek solutions and projects that they have in common.  On the next day, representatives are invited to an Odolki Bazkaria, an annual celebration of Bordeaux’s Basque club that will include dancing, song, and popular food, with the participation of other associations in the city.  After the meal, a talk entitled “The local currency of the Basque Country,” at the clubhouse.  The intent is to apply a global initiative in the Basque Country that strives to create individual coins in each area, with the aim of promoting local trade.