Edu Vergel, Comodoro Rivadavia: “Basque cooking is marvelous; the mix of products provokes a flavor explosion in your mouth” 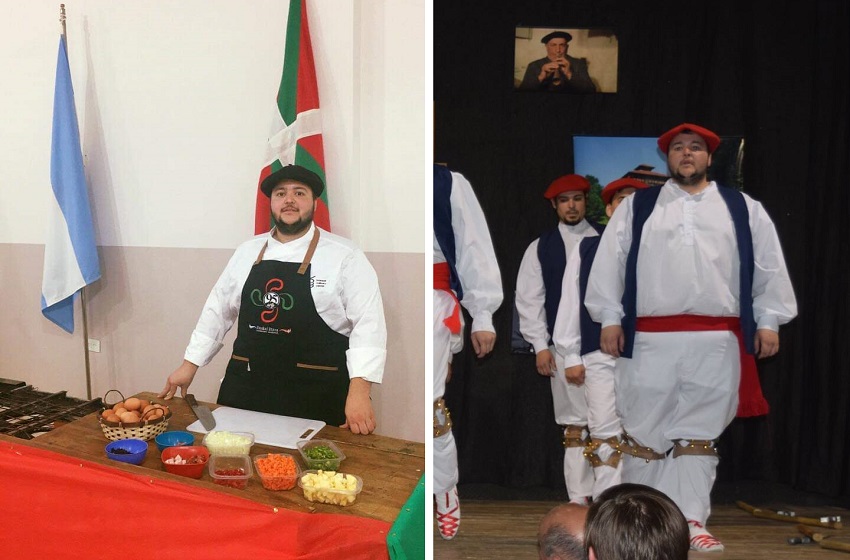 Sabrina Otegui / Buenos Aires-Comodoro Rivadavia, Argentina. Without any Basque ancestors, Edu Vergel came to the Euskal Echea Association in Comodoro Rivadavia in the Patagonian province of Chubut, attracted by the dancing.  But his interest in the Basque Country and its culture and people didn’t stop there, and he connected in such a way with the institution that in time he became one of its board of directors and standard-bearer at official events.

United his two passions, Basque and gastronomy, Edu is now in charge of food events at the Euskal Etxea after adding to his chef training during the 2016 Gaztemundu Program.

In an interview with EuskalKultura.eus he tells us about his experience in the community as well as shows us how to prepare Cod Biscayan Style.  Mila esker, Edu! Eta on egin guztioi!