Due to COVID-19 no Basque Government scholarships for the US & Latin America in 2020-21; there are 8 for Europe 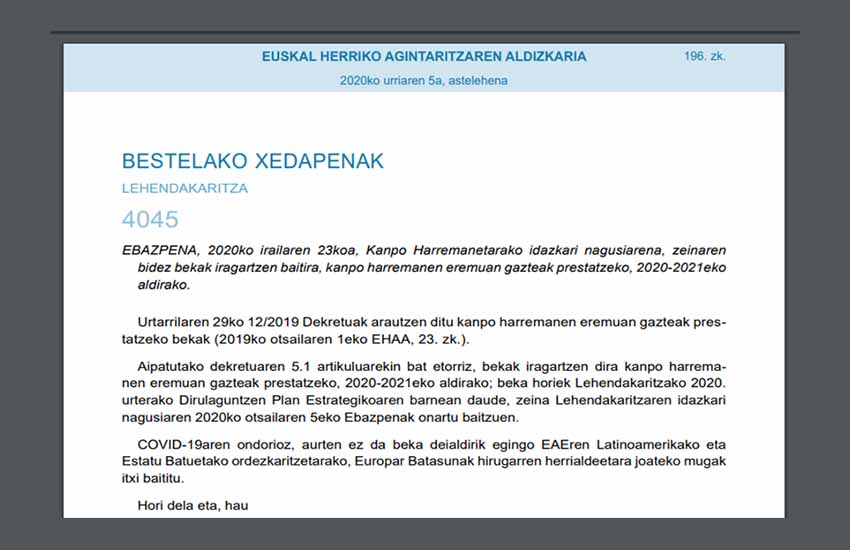 Due to the closure of borders due to the pandemic, the Basque Government will not offer scholarships this year to the US, or Latin America from Foreign Relations. There are 8 in Europe, 2 in Brussels and 6 in Gasteiz

Vitoria-Gasteiz. Due to COVID-19, and after the closure by the European Union of its borders to third countries, scholarships will not be offered this year for the Basque Country Delegations in Latin America and the United States. There are however, eight positions for Europe, 4 of them assigned to European Affairs, two to the Directorate for the Basque Community Abroad and another two to External Relations. Two of the four scholarships for European Affairs will be in Vitoria-Gasteiz and another two in Brussels; with the remaining four also in Vitoria-Gasteiz.

- Complete information can be found here, in Basque, in Spanish