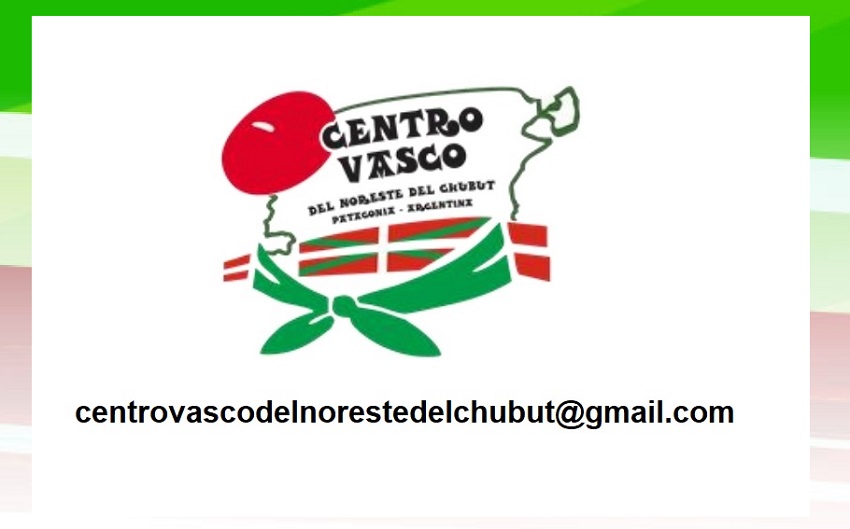 The Basque Club of Northwest Chubut

Trelew, Argentina. The steps that it is carrying out, are obviously those that the board can take care of virtually, but that does not make them any less important.  In fact, they are using social media to reconnect with those that were once members of the club as well as with possible new members.

The Basque Club of Northwest Chubut is headquartered in Trelew and has been led since 2019 by Salvador Bonachea, after a period of inactivity after the death of the club’s last president, Mr. Clavel Sagredo.

Since December and with a new board of directors and renewed energy, the Euskal Etxea has already updated its legal status, and is now managing the definitive property title of tis registered office located on Av. de los Trabajadores #833.

Besides these points, the board has other objectives as well including remodeling the clubhouse and beautifying it with a mural; launch a membership campaign, strengthen ties with Basque clubs in the area as well as around the country; and of course, share the Basque culture in all its expressions: language, music, dance, gastronomy, sports, among others.

For anyone wishing to become part of the club, or join in on the membership campaign, contact the club via its Facebook Page Centro Vasco del Noreste de Chubut, or by email centrovascodelnorestedelchubut@gmail.com.