Basque language, cinema, and literature at the 15th Forum of Iberian Studies at the University of Oxford 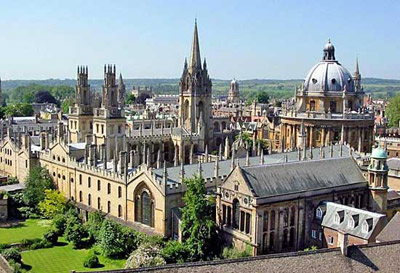 The 15th Forum of Iberian Studies will take place June 20-22, 2012 at the University of Oxford where cinema, literature, and national peninsular identity will be debated, including the Basque case. The Basque language, besides being a subject of debate, will also be, for the first time used at the meeting. The university has made a call for papers to any researcher or expert who would like to participate in the forum. The deadline to submit an abstract of the proposed paper is February 3, 2012.

Oxford, England.  The 15th Forum of Iberian Studies at the University of Oxford has opened its doors for the first time to the Basque language, according to the daily Berria, it will used at the meeting along with Catalan, Galician, Portuguese, and Spanish.  The seminar will take place June 20-22nd and will analyze the relationship of national identities, among them the Basques, in film and literature.

The Forum has opened its call for papers in any of the five aforementioned languages, as well as in English.  Interested parties should send an abstract of 200-250 words.  The Forum invites proposals for presentations of 20 minutes on the following items (although not limited to them):

-The effects of immigration, as reflected in film or literature
-The audio-visual media and cultural identity
-Contemporary literature and cultural identity in peninsular languages
-Traditional visions of culture and its interaction with new social realities
-Cinema in any of the peninsular languages
-Film adaptations of literary works
-References to film in literary works
-Cinema and new technologies
-Collaborative documentaries

Abstracts of 200-250 words in English or any of the other peninsular languages should be submitted by February 3, 2012 to fis@mod-langs.ox.ac.uk (re: Iberian Forum) including your full name, academic affiliation and the presentation’s title.