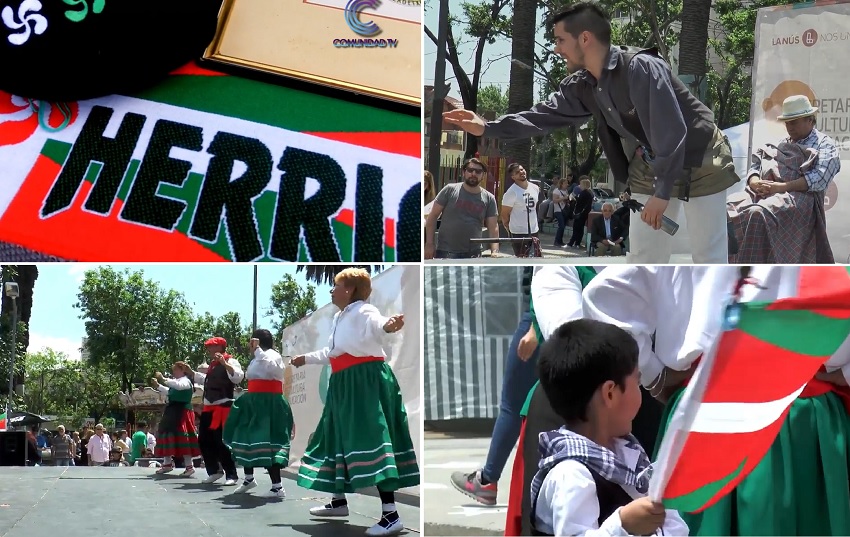 Basques at the inauguration of the Plazoleta of Collectivities in Lanus

Lanus, Argentina. The city of Lanus in the metropolitan area of Greater Buenos Aires, held the inauguration of a Green space located on Rivadavia Boulevard that has been named Plazoleta of Collectivities.  The inauguration was presided by local mayor, Nestor Grindette, and was also attended by members of the Basque community as well as other community representatives, who also shared their typical dishes and parts of their culture and artistry throughout the day.

The Basques were represented by the local Basque club, recently founded and called the Instituto Escuola Euskal Herria, with Miguel angel Echeverria at the head.  The institution participated with a stand and several artists at the inaugural event, held on October 27th.  The stand included information on the Basque Country.

On stage there was a dance exhibition led by Valeria Vallejo, the club’s dance instructor, and the Gure Ametsa dance group.  There were also parts of the performing “Gris Mate,” by playwright Iñaki Rikarte from Gasteiz, interpreted by Daniel Mores.

[Inauguration of the Plazoleta of Collectivities in Lanus]