Basque Band Begiz Begi performs in the US: they will play in San Francisco and Chino 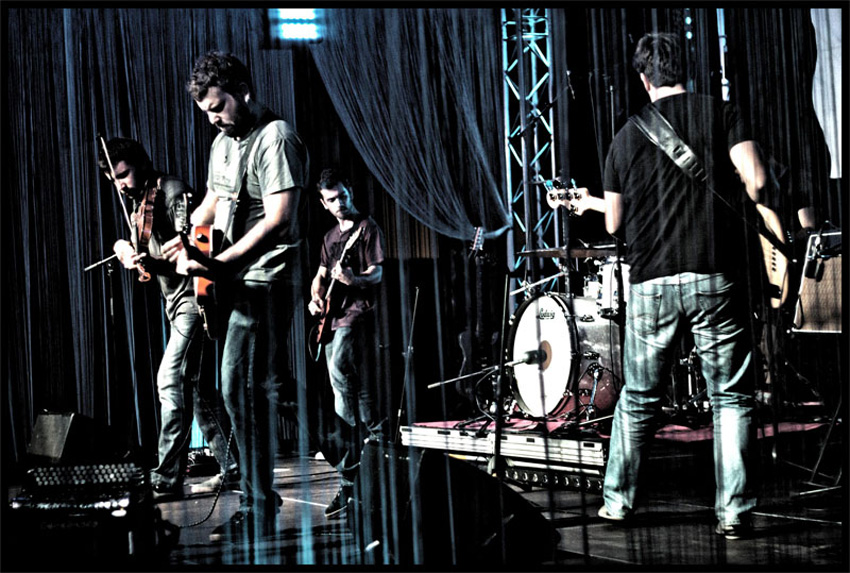 Begiz Begi, a Basque band from Iparralde, will travel to the US on July 14th, to present its latest album "Joan ihes egin baino lehen" to the Basque Diaspora. They will perform in San Francisco and Chino, and they will also visit Los Banos and Bakersfield to shoot a documentary about the Basques of the US. Music will be the link between Iparralde and California in this documentary, that will debut in the Basque Country in spring.

Donostia-San Sebastián. Begiz Begi will be in California from July 14-23, and they are eager to meet with the Basque Diaspora. "Some members of our families have been to the US working, and they returned home. We have grown up listening to stories of the Basque Sheepherders and they are part ourselves", says band member Xabi Etcheverry.

The band is composed of Patxi Amulet (voice, guitar, accordion), Sébastien Luc (guitar), Nicolas Armendariz (drums), Peio Lambert (bass) and Xabi Etcheverry (second voice and rabel). The group has just released it latest album, "Joan ihes egin baino lehen" and they will present it in the US. You can listen to it at www.begizbegi.com.

The band will play in San Francisco, on  July 17th, and in Chino in July 19th. Etcheverry explains that the concert will have two parts: first, they will play the songs from their latest CD, and then they will play Basque songs for the audience to sing and enjoy.

Documentary about the Diaspora

Begiz begi will also record a documentary about the Basque Diaspora duing this tour. Two members of "Hemengo Begiak", a collective of photographers and video artists, will join the group on tour to record this experience.

"We want to interview people of different generations, both in the US and in Iparralde. Music will be the conducting thread of the documentary", says.

Do you want to take part in this project? Contact Begiz Begi, by sending an e-mail to begizbegi.taldea@gmail.com .