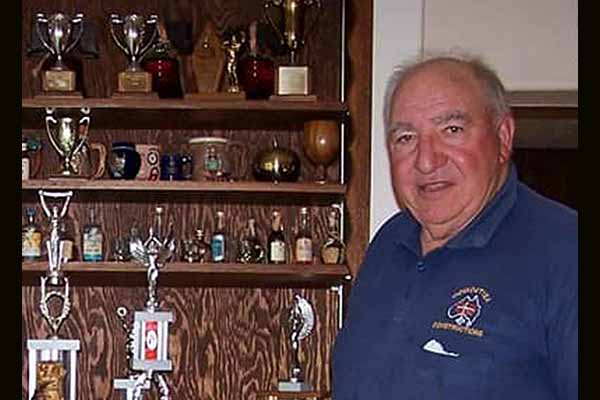 Born in Aulestia (Bizkaia, Basque Country) in 1933, Benedicto Goitiandia Lecuona passed in Idaho at the age of 87.

He immigrated to Idaho at the age of nineteen to work initially as sheepherder. On October 29, 1960 he married a local Basque, Tomasa (Erdoisa) Goitiandia (Mountain Home, 1934) and they would be the parents of two boys, David and Ramón. Tomasa passed away in 2017.

As a Basque sportman, Bene was a harrijasotzaile (stone lifter) and he toured many places of the northwest of the USA and became a symbol of rural Basque sports..

He was very well known and appreciated. Bene won many competitions, contests, and awards and was very proud of his Basque heritage.

Our heartfelt condolences to his sons and daughters-in-law, grandchildren and great-grandchildren, to his many friends and to the entire Basque community for the loss.