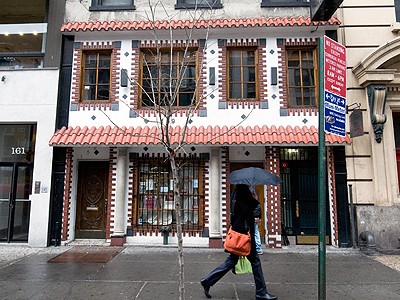 This restaurant is found between 6th and 7th avenues. Neither the owners, nor the food style have any Basque connection. The owner is Spanish and the cook is hispanic/latino. Among their menu offerings though, is Merluza a la vasca, which along with the large picture of Donostia’s Kontxa beach on the wall, serve as the only hints of Basque in the place. Even though it’s not a Basque restaurant its name brought us here.