This Sunday, Basques in Boise debut “Song of the Basque II”: the Basque tradition continues 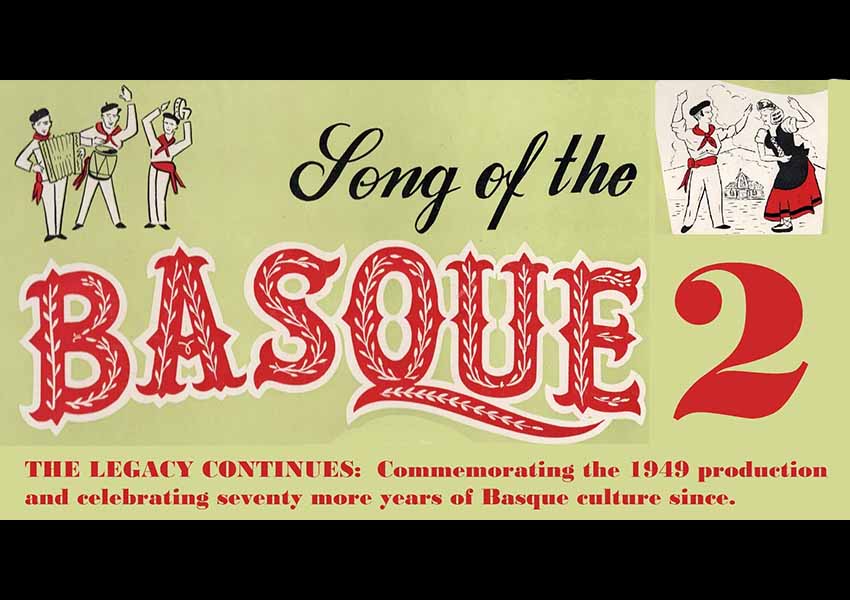 “Song of the Basque,” will be performed this Sunday a tour through history and the evolution of the Basques and Basque community in Boise

Boise, Idaho. Seventy years ago, the first “Song of the Basque,” debuted presenting the Basque culture in Boise.  Basque emigrants who had settled and were part of the city’s panorama at Basque hotels and bars in Boise were in their heyday, and this presentation wasn’t just another festival with Basques celebrating their culture, but it was Basques sharing their culture for the first time in a show prepared for their American friends.  The entire community participated, like today, led by two women: in 1949 by Juanita Uberuaga Aldrich Hormaechea and today by Patty Miller.

Some of the people who had participated in the original show as children will participate on Sunday.  The show that includes participants from the “ages of 4-94,” is entitled “Song of the Basque II – The Legacy Continues”. Because the Basque culture has continued to be alive and evolve in Boise, and has continued to be transmitted to new generations, as they say in Basque “Katea ez da eten,” the chain is unbroken, or The Legacy Continues.

It will be an emotional show for sure and very unique with the entire community committed to it, showing the history of the Basques in Boise putting down roots in America, moving from being Basques to being Basque-Americans, adapting to new circumstances, in order to do so.  Sunday’s show will be genuinely Basque and genuinely American without subtracting from either.

It will take place this Sunday at the Morrison Center and is sold out.  As it was 70 years ago, the show if part of Boise’s Week of Music.

-Article in the local Idaho Statesman