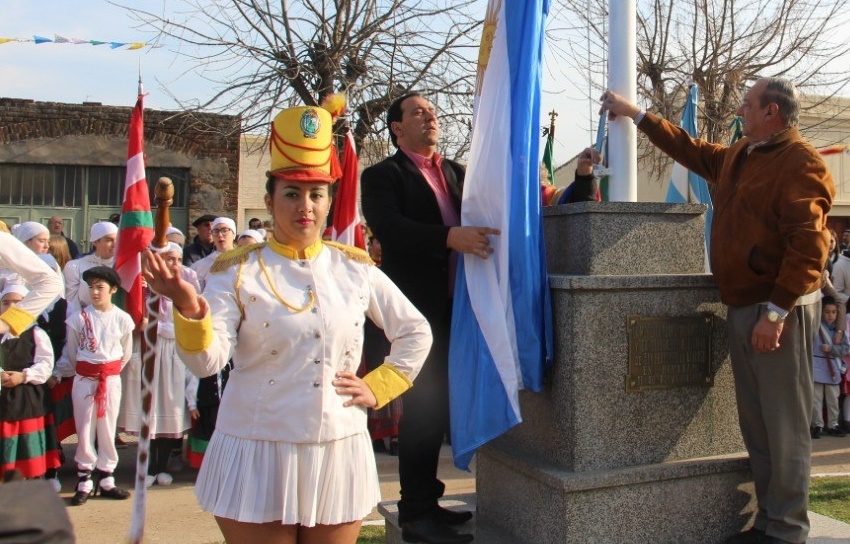 Bellocq, Argentina. The town of San Francisco de Bellocq, some 50kms from Tres Arroyos, celebrated its 90th anniversary on the last weekend of August.  With a strong Basque presence, but not an organized club, festivity organizers invited the Basque club in Tres Arroyos to take part in the parade and raising of the flags.  Dressed in typical costumes and the Ikurriña in hand, a delegation from Hiru Erreka represented Euskal Herria in front of those gathered in Bellocq.

Besides participating in official events in the area, the Euskal Etxea in Tres Arroyos also maintains a regular schedule of activities that includes Euskera, music and dance especially aimed at the youth.

As part of the training of those that work with the txikis, teachers, Sara Urbieta and Maia Jaureguibehere from Hiru Erreka participated in the 4th Monitor Training organized by FEVA on August 24-25 in Buenos Aires.