The Mexico Euskal Etxea welcomes Jose Maria Cazalis, the new Delegate of Euskadi in the country, to its clubhouse 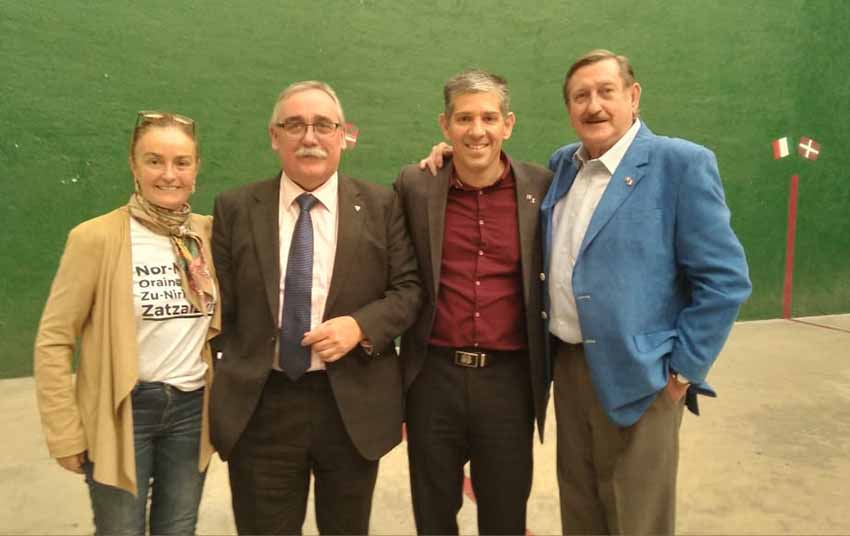 The new Delegate of Euskadi in Mexico, second on the left, along with Gurutzne Etxeberria, Julen Ruiz de Azua and Josu Garritz

Mexico City, Mexico. Julen Ruiz de Azua, president of the Euskal Etxea in Mexico welcomed Jose Maria Cazalis, the new Basque Government Delegate who recently arrived in the country.  As Cazalis told members of the board of directors who entertained him, the Government has placed a great challenge in his hands: “In the senate he always joked that after being a senator, the best destiny would be to be an ambassador to the Vatican.  I didn’t make it to the Vatican, but to be the delegate of the Basque Country in Mexico is a very rewarding challenge for me.”

The new delegate talked about the tasks that he will face in the Delegation in the coming years: “We naturally have to continue the work done to date, but the real challenge will be to reinvent ourselves after the Pandemic, because the future is not going to be like the past and we are going to have to change many things.”  Cazalis also referred to the Euskal Etxea and the Diaspora since, in his opinion, this is the heart of what can be done as a foreign service in the Basque Country.  “Another thing that is different is as a Government there may be its details on a day-to-day basis, but we share a philosophy and that is what is important,” he added.

Well aware that the best way to get to know a Euskal Etxea is to eat there, members of the club’s board of directors shared lunch with the new Delegate of Euskadi in Mexico.