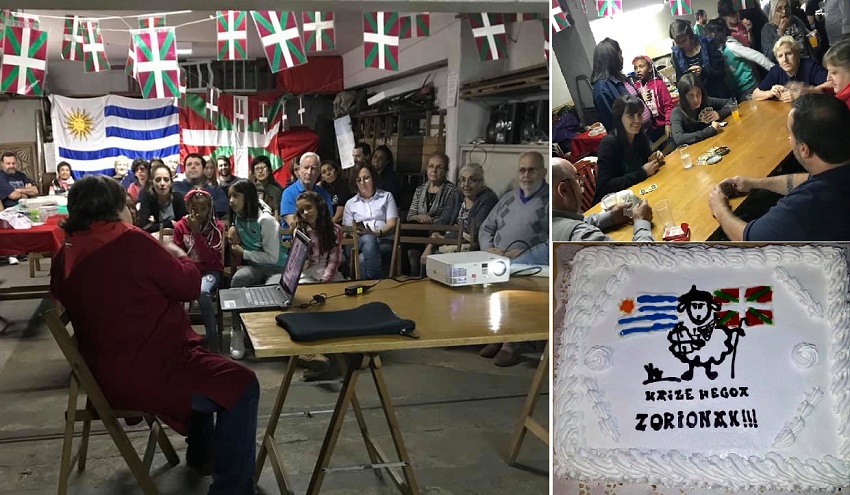 Montevideo, Uruguay. Haize Hegoa celebrated the anniversary of its foundation last Saturday and did so gathering Basque students and teachers, dantzaris, members and friends at the clubhouse. During the festivities, club president, Maite Bengoa summarized last year’s and the club’s current activities, as well as provided a preview of upcoming events.  There was also time for Mus, pintxos and beverages.  There was birthday cake with the club’s logo and a toast.

Haize Hegoa also let us know about a talk on March 22 at 7:30pm by club president, Maite Bengoa, as part of International Women’s Day at the clubhouse

They also let us know that members Kuka, Bibiñe and Hugo also represented the club at the first organizational meeting for the 18th edition of the Immigrant Olympics in Montevideo.