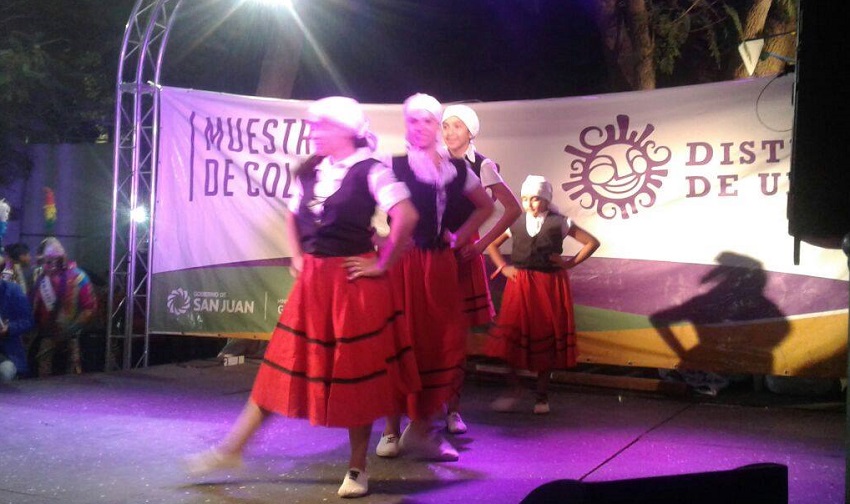 Once again the San Juan Basque club made it its responsibility to represent the Basque Country at the National Sun Festival.  This year they participated with a food stand as well as on stage where they performed.  Members of the Basque club are happy with the experience which encouraged them to get all of their 2017 activities going.

San Juan, Argentina.   The National Sun Festival is organized annually in the Province of San Juan and is one of the most popular, and largest festivals in the country.  From February 21-25, the city was the site of a large variety of cultural proposals, such as food and craft stands, first-class art shows and a traditional carousel.

Faithful to the annual commitment, the Eusko Etxea again decided to be present in this circuit of communities.  There, at the Basque txoko, they provided the public, txistorra and a variety of pintxos, all homemade, made by the women in the club.  The food, could also be accompanied by fresh txakoli that was especially appreciated with temperatures nearly reaching 40ºC.

Along with the women at the club, the club’s secretary also took care of the stand, Silvia Bene and Mr. Eduardo Ochoa along with his wife.  Oyola Alvarez, club reference, told EuskalKultura.com about the importance of Ochoa’s presence at the event, “Eduardo Ochoa visited our stand in 2014 and there he found information about his last name.  With our help, he was later able to find out information about his great-grandfather, where they came from as well as when they came to Argentina.  Motivated by this he then became a member of the club.  His family story is a beautiful one that is being written by Ofelia Larrea, along with others, in hopes of someday published a book about Basques in San Juan.”

The club’s participation in the festival also had its moments of music and color with the dantzaris performing on stage.  After the event, and at the end of the month, the club is getting ready to begin it is 2017 activities.  This year they will continue their Basque classes, Basque dance, and the choir, “that provide the club with so much satisfaction,” club sources said. 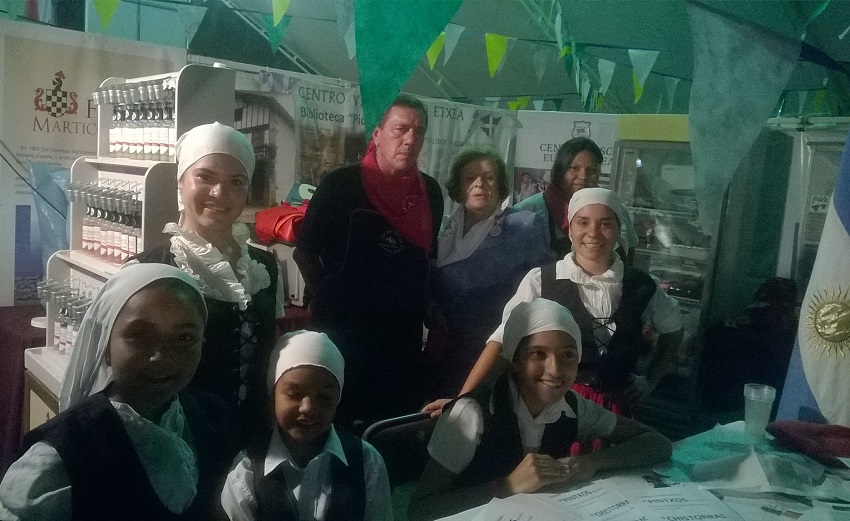 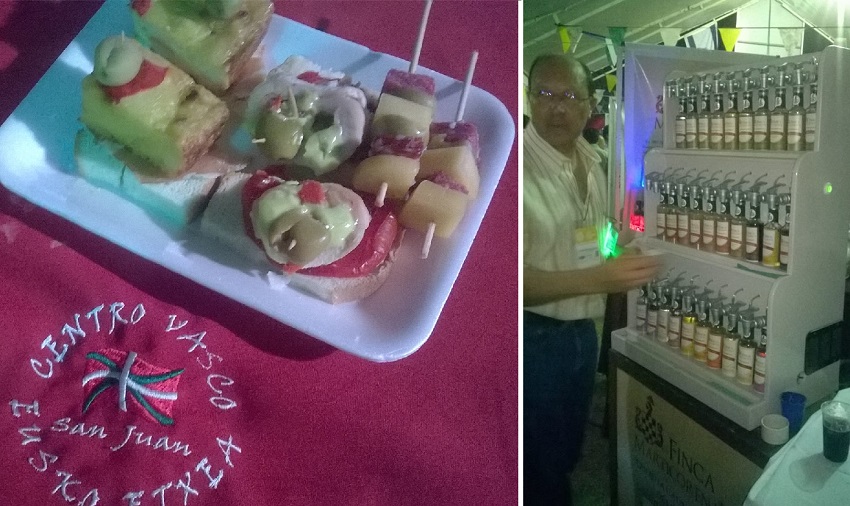