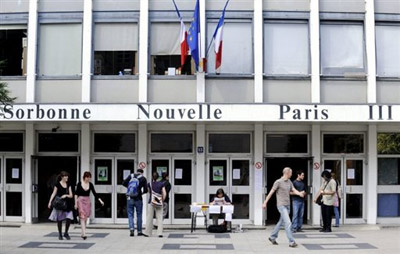 Donostia-San Sebastian.  The Etxepare Basque Institute has opened another call for applications for assistantships to teach Basque language and culture in four European universities and one in the US.  These include the University of Paris III: Sorbonne Nouvelle in France, the Goethe University and the University of Konstanz in Germany; the Adam Mickiewicz University in Poland, and UC Santa Barbara in California.

Applicants must hold a university degree, preferably in Basque Philology or Basque Studies or Translation and Interpretation (Language A: Euskera). In lieu of the aforementioned qualifications, applicants must be in possession of a bachelor's degree and EGA or its equivalent.

The deadline to apply is July 3rd. All applicants should send all requested documentation to etxepare@etxepare.net or directly to the Institute’s offices: Etxepare Basque Institute, Prim 7, 20006-Donostia, Gipuzkoa.  Applications may also be sent through any other medium available as presented in the Law 30/1992, of November 26, of the Legal Regime of Public Administration and Common Administrative Procedure.

The assistant at the University in Frankfurt will give 8 hours of class a week (contract E-13 of the University of Frankfurt) and will receive 29,900 Euros, plus an additional 2,000 Euros for organizing cultural activities.

The assistant at UC Santa Barbara will have a part-time contract with Etxepare Basque Institute providing 15,000 Euros as well as insurance during the academic year.  In addition, UC Santa Barbara will contribute $20,000 towards the position.  In addition the assistant will receive 1,700 Euros to organize cultural activities as well as 1,000 Euros towards his/hers first round-trip ticket.

The assistant at the University of Konstanz will be given a part-time contract and paid 29,250 Euros each academic year.  He/she will also receive an additional 1,500 Euros to organize cultural activities.

The assistant at the Adam Mickiewicz University will be provided a full-time contract and will be paid 25,500Euros per academic year.  In addition he/she will be paid 1,500 Euros to organize cultural activities.

Finally the assistant at the University of Paris III: Sorbonne Nouvelle will also be provided a full-time contract, or the equivalent of 200 hours per academic year, and paid 25,500 Euros.