The 16th edition of ZinemaldiaCAT begins today in Barcelona, a showcase of Basque film in the Catalonian capital 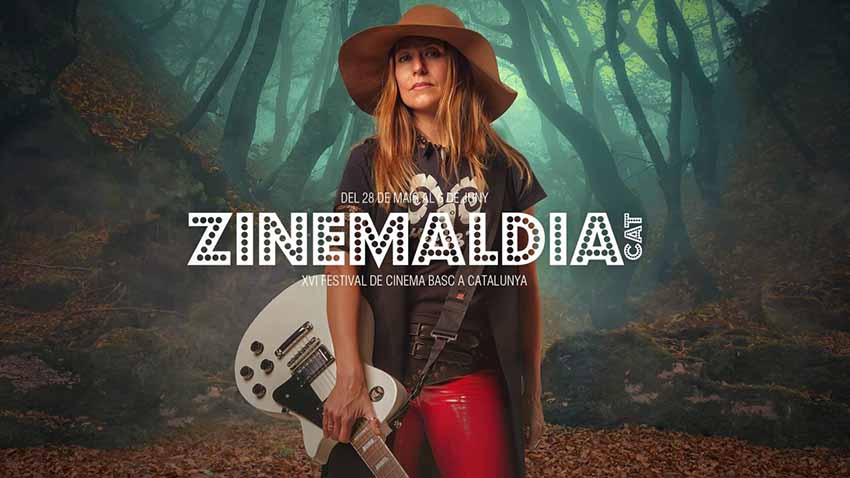 The Barcelona Euskal Etxea organizes the festival annually whose poster was designed by Igotz Zearreta, this time with Itziar Ituño as the subject

Barcelona, Catalonia. Five documentaries and two fiction films are part of the attractive program at this ZinemaldiaCAT 2021 festival that runs May 28-June 6th in Barcelona, organized by the local Euskal Etxea in collaboration with the Etxepare Basque Institute.  Every year, and now reaching its 16th edition, ZinamaldiaCAT, showcases a selection of the best of recent Basque film production in the Catalan capital, a filmography that is not always easy to see on screens in Barcelona.

The documentaries to be shown include:

ZinemaldiaCAT will also include these two fiction films:

ZinemaldiaCAT has also scheduled discussions in three of the screenings, with the presence of its actors, and in one of the cases with a musical performance.  The screening of the film 2 years, 4 months and 1 day, organized in collaboration with the Ateneu L’Harmonia, will end with a talk by director Lander Garro and an open mic accompanied by refreshments, to share experiences of the fight against compulsory military service.

In the same way, Children of God has organized in collaboration with the Casal del Pou de la Figuera, as part of the dynamic that they usually carry out.  The film will be screened in a square and outdoors, and before the show, there will be a panel discussion on the topic of homelessness.

Finally, at the screening of Bury Us! A Punk Rock Uprising, besides the director and producer, also attending will be its protagonists Niña Coyote y Chico Tornado, and after a talk by the singer Sara Zozaya, there will be a performance by the same in at the Girona Cinemes.