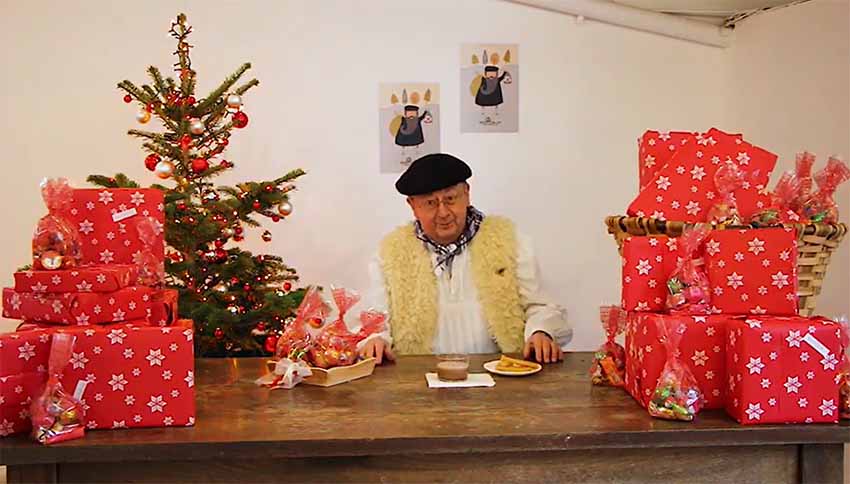 Paris and Chascomús. We continue providing videos of the Olentzero’s visits to BAsque clubs in different countries around the world, and now it is France’s turn with his visit to the Eskual Etxea in Paris as well as in Argentina where he visited the Basque club in Chascomus. In Paris, the Olentzero visited via video listing off the names of the children in the club and as he is a polyglot, after the first “Kaixo Deneri,” he also attempted to speak French to the children. Here is the video we received from the Eskual Etxea in Paris.

In Argentina, in the province of Buenos Aires, the Olentzero made his annual visit to the city of Chascomus, specifically to the Zingirako Euskaldunak Basque Club where the youngest gather every year. The video shows the Olentzero passing out gifts surrounded by children.