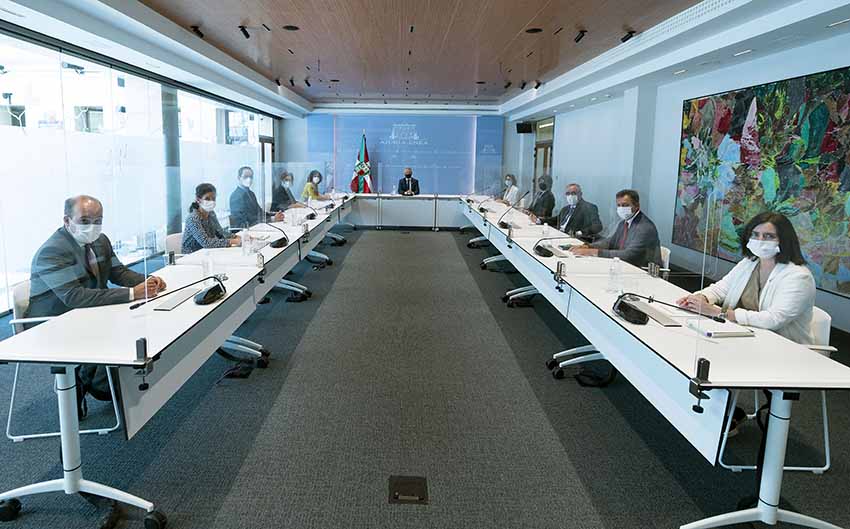 Vitoria-Gasteiz. Lehendakari Urkullu held an in person meeting last Tuesday with the team from the Secretary General of Foreign Action’s office lead by Marian Elorza.  The meeting took place at the Lehendakaritza and joining Urkullu and Elorza were the Director of Foreign Relations, Myriam Larroulet, Director of European Affairs, Mikel Anton, and the Director of the Basque Community Abroad, Gorka Alvarez Aranburu.

Attending from their respective countries where the Basque Government has Delegations: