If you missed “Song of the Basque 2,” last Sunday here is a video of the show in its entirety 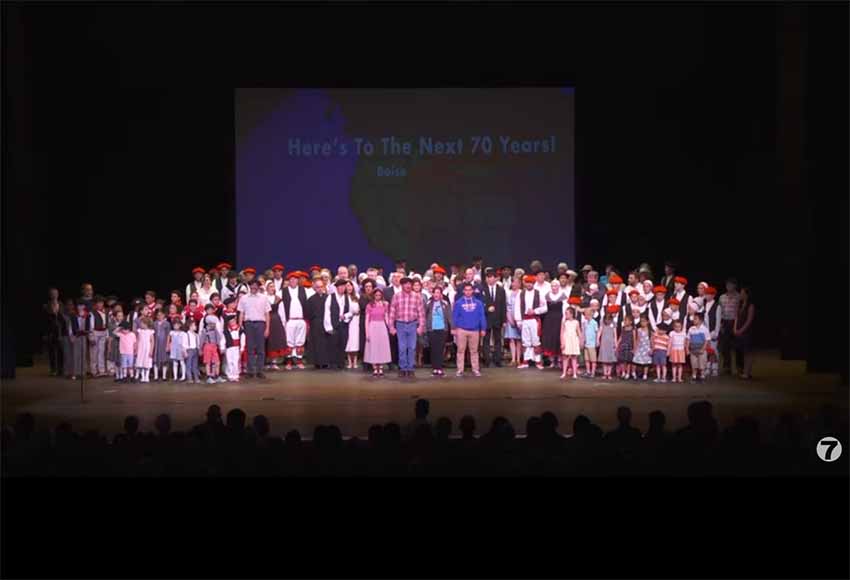 Boise, Idaho. The Basque community in Boise enjoyed a special day last Sunday with “Song of the Basque 2,” performed at the Morrison Center.  Seventy years after the original “Song of the Basque,” was performed in 1949, Basques in Boise recreated the show with community effort and volition that led to the performance on Saturday in front of their American neighbors sharing their culture, customs, songs, music and dance.  All this as part of the process in which this culture becomes local and becomes Basque-American, cultivated with pride, not only by Basque emigrants but also by American born Basques who continue to preserve and cultivate their belonging to the Basque universe.

This is the video of the program that was broadcast live on Channel 7 KTVB.

Eskerrik asko eta zorionak to everyone who made this possible.  We will now give Chris Bieter the floor at the Morrison Center: