Do have any plans for this Saturday? How about the online Basque Museum Benefit Concert in Boise? 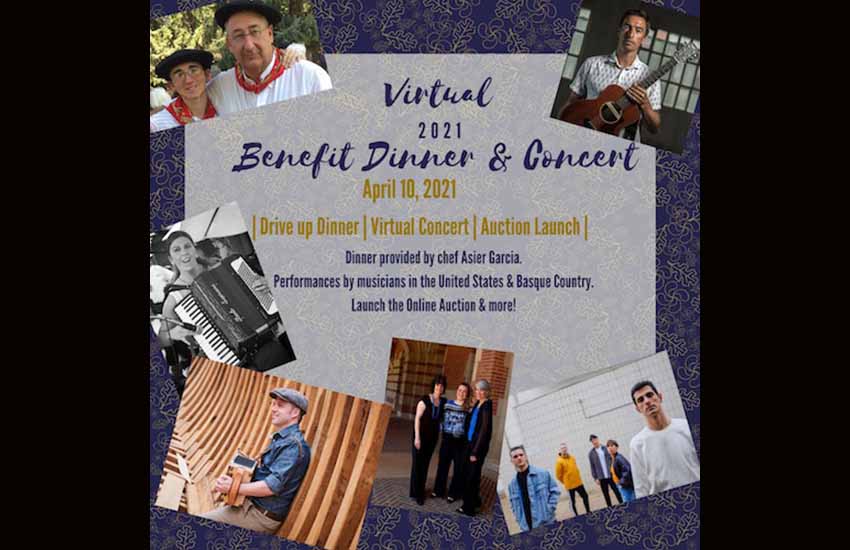 You can buy your ticket and help the Museum and Ikastola, even if you are not sure if you are can go or not

Boise, Idaho, USA. Would you like to enjoy musicians and Basque groups form the US and the Basque Country while supporting the Basque Museum and Ikastola in Boise?  The event is on April 10th.  Among the Basque American musicians are Amuma Says No, Jean & Jean-Jules Flesher and Mercedes Mendive, while participating from the Basque Country are Keu Agirretxea, Ziortza and Leire, Xabi Aburruzaga, Maren and Zetak, among others.  Ticket holder will receive a Zoom link to watch the concert live, or if you prefer, you can watch the recorded version later on.

Here is a promotional video for the event:

Dinner and Basque Concert to benefit the Basque Museum and Ikastola in Boise, Idaho

Musicians from the US and Euskal Herria participating in the concert:

[For locals there was a possibility, now sold out, to order a meal for pick up and then watch the concert but these sold out quickly.  The menu included: ensalada mixta; choice of: poulet basquaise, Rioja Braised Beef Cheek with sweet potato puree and sautéed Green beans, Codsish Bizkaian with garlic rice and creamed kale, dessert, and wine for $​40. including the concert]

The concert is Saturday, April 10th beginning at 6pm Boise time (2am in Euskadi).  Cost of the tickets is $20 which includes the Zoom link for the concert.  You can choose to watch it live, or if you prefer, later watching its recorded version. There will also be an auction as part of the event, with all proceeds going to the Basque Museum and Boise Ikastola.