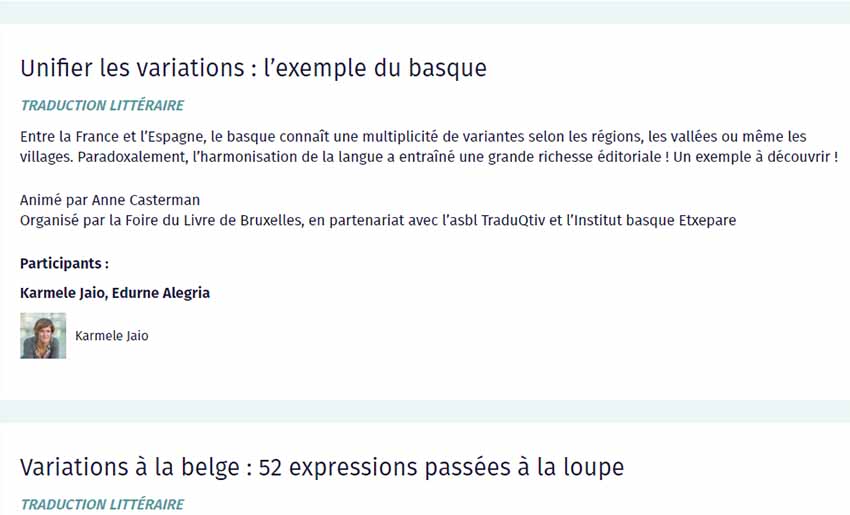 Bruxxels, Belgium. The 2019 Foire du Livre de Bruxelles (Brussels Book Fair) will celebrate its 50th anniversary this year, with an edition that will go from February 14th to 17th. Two Basque writers have been invited to this year’s event, Karmele Jaio and Edurne Alegria, who will both participate in an activity as part of the official programme. The activity have been organized by the Brussels Book Fair along with TraduQtiv and the Etxepare Basque Institute.

On the first day of the fair, Thursday, 14th February, a roundtable discussion will take place at 5 p.m. Under the title Unifier les variations: l’exemple du basque (Uniting variations: the example of Basque), the discussion will focus on what the unification of the Basque language has meant for the progress of the translation industry. The programme description says that the Basque language “contains a great deal of variations depending on the region, the valley and even the village”, and “paradoxically, the unification of the language has done a lot for the publishing industry”. The roundtable will be moderated by translator Anne Casterman.

At the end of the event, there will be a book signing by the two Basque authors at Place de l’Europe.