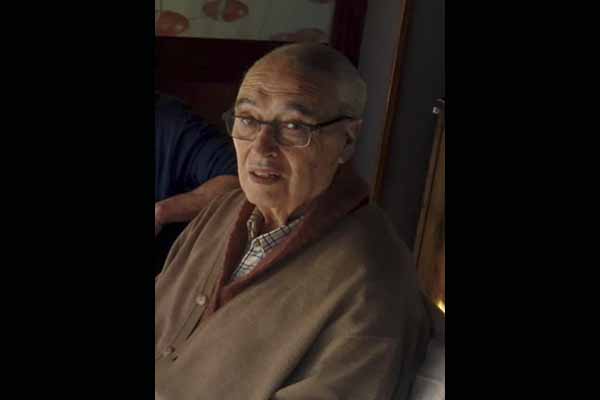 Patxi Egia Urionabarrenetxea, better known to many as "Balda", was born in the Balda farmhouse in Iturreta (Bizkaia) on January 11, 1933. He was a Basque pelota player from a young age. He died at the age of 87 when he went to nap and did not wake up.

He was a pelota judge for years in the companies Piedra Altzalei and Urizar, in Durango and Markina before returning to America as a judge. Intendant in Macau he was one of those that opened that jai-alai court in China in 1974. He returned to be a judge in Florida until 1982 and later he passed to Markina, Kantxeru, Peloteru and teacher of pelotaris in Markina's World Jai Alai.

He was founder, player, teacher and tireless promoter of pelota at the "University of Markina", for about 12 years; when the schools lost economical support, he went in search of that to the Bizkaia Regional Council.

Patxi Egia Urionabarrenetxea "Balda:" All his dedicated to pelota. "Reference of a family of pelotaris and pelotazales.

Condolences to his widow, Rosario Beristain, and their children, Pedro and Javier Eguia Beristain, in Mexico, we appreciate their help providing us with information to write these lines.