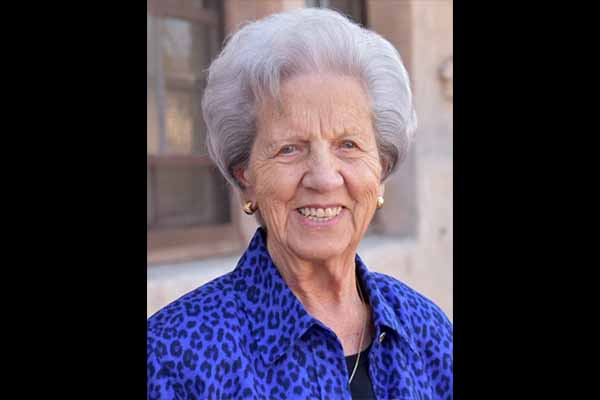 Maria Encarnacion (Sansinena) Lacouague passed away at her family home in San Juan Capistrano at the age of 98.

María was born in Ainhoa, Lapurdi ​​and arrived to Orange county from her native Basque land at the age of 23. Here she met Jean 'John' Lacouague, a Basque American born in San Juan Capistrano. They were married in 1951 at the Basilica of San Juan Capistrano. The Lacouague family and ranch are part of the heritage and history of Orange County. John's father settled here from the Basque Country and acquired in 1920 the initial 260 acres of the family orange ranch. The ranch was sold for develoment in 1986 but the Lacougues kept 5 acres, where the family continued to live and where Maria passed away. John passed away in 2008.

Marie’s Celebration of Life will be held on April 29 at 10:30am at Holy Trinity Church, Ladera Ranch. Directly following that, burial at Ascension Cemetery in Lake Forest. A private reception will be held at the Lacouague Ranch around 2:30pm.

One of her daughters is Renee (Lacouague) Bondi a nationally reknown Christian singer.

Rest in peace Maria Encarnacion Lacouague, Matchi, mom, and know you were loved !

(In lieu of flowers, please make a donation to the Chino Basque Club. (www.chinobasqueclub.com).