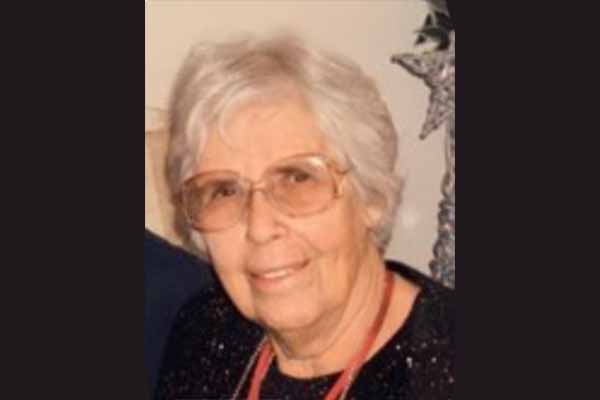 One of Nevada's most famous sisters, who devoted her entire life to the Catholic Church, her family, and the sick and elderly all over the Silver State, passed away on October 30, 2019. Her eyes would sparkle when talking about her family or Nevada. She was a living history of Nevada and a great story-teller.

Sue was born, as she was fond of telling people, in the lambing season of 1925 in Merced, California to Therèse and Dominique Laxalt, both of whom were born and raised in the Basque provinces of France. She was raised in Carson City where her Mom primarily ran the French Hotel and the original Ormsby House, while "Pop" was often ranging sheep in Carson City, Dayton and Marlette Lake, Nevada. Sister Sue was raised with her four brothers and a sister; John, an attorney in Las Vegas, Peter, an attorney in Reno, Paul, former Governor of Nevada and U.S. Senator, Robert a renowned author and former director of the University of Nevada Press, and Marie Bini, a former school teacher in Santa Clara, CA.

She entered the Sisters of the Holy Family in 1944. Sue was highly educated, having earned a Bachelors Degree at Holy Family College and a Masters degree at Loyola University in Montreal, Canada. Known from the start as a tour de force, she was a pioneer in the field of religious education. In the 1960s, she created the first ever citywide Las Vegas youth religious education program. As the Sisters usually did not have ministries at night, she did this as an additional vocation because it became a passion for her. She also created a religious education program for the physically and mentally challenged children of Las Vegas. In the 1970s, she helped create and run the Las Vegas Diocesan Office of Religious Education. During this time, she worked for decades alongside one of Nevada's most well known priests, Father Caesar Caviglia. Together, they helped transform Saint Peters in Henderson to a thriving community center. She often recalled those wonderful days when she rode horseback from the Las Vegas Strip down to Henderson on dirt roads. She was described by Father John McShane as "a bright-light with a dynamic spirit and a gentle smile that was contagious…She had an eye of compassion and a hand that stretched out to serve God's little people."

Sue became the Director of Senior Companions at Catholic Charities in Las Vegas and worked alongside her lifelong friend Tom Miller, who then ran Catholic Charities in Las Vegas. He says she moved heaven and earth to get things done for the underprivileged in Las Vegas in those days. Amongst the many little things she did to touch the underprivileged there, one of the more high profile ones was to organize the first Clark County Basque Festival in 1981. In true old Nevada fashion, it was a bipartisan affair lead by Bill Morris and former Governor Mike O'Callahan. They honored her brother Senator Paul Laxalt at the inaugural. These were tremendous fundraisers that raised hundreds of thousands of dollars for Catholic Charities and continued for many years. Because she always did everything full steam, she went so far as to bring in sheepherders and cooks from Ely, Nevada and Basque dancers from Reno, Nevada.

In the mid-eighties, Sue was offered a major position with the state of Nevada. Once Bishop McFarland heard that the Church might lose her, he immediately offered her the job of running Catholic Charities in Northern Nevada. She accepted and loved her time there, at one point organizing a memorable Fiftieth Anniversary celebration where she singlehandedly researched the entire history of the organization and presented the great history to the community in a way only she could.

Mixed in with all of the other roles and responsibilities she excelled in, she was heavily involved in religious education in Las Vegas towards her retirement. Father Bill Kenny remembers bringing her in as a "celebrity visiting Professor" where she taught catechism and gave down to earth advice on how to be a follower of Christ. People loved to hear Sister Sue's passion for people and her Church. She inspired all who were in her presence in small and big ways throughout her life.

In addition to her religious vocation she also had a passion for helping her family in the realm of politics. She practiced that devotion fiercely and most notably in her efforts on each of her brother, Former Governor Paul Laxalt's successful campaigns for Governor and the US Senate. Known equally for her infectious laugh and humor as for her feared deep and disapproving stares, Sister Sue's travels throughout the State of Nevada on behalf of her brother Paul's campaigns made her iconic legend in our state's history. Sister Sue was well-read and loved the political process. This made her a valuable resource to her brother Paul throughout his political career and led him to call her his "secret weapon" because it was impossible for people to say no to her. An outspoken supporter of her brother, she was a near permanent fixture at his campaign headquarters helping in any way she could doing mailers, working the phones or designing car tops. She inadvertently became a campaign issue in Governor Laxalt's run for the US Senate against former Senator Harry Reid when Reid criticized the Laxalt family for their wealth. Sister Sue responded that she had taken a vow of poverty and this quickly put an end to this political attack. Many decades later she tried to deploy the same ferocious devotion to her grand-nephew Adam Laxalt when he ran for Attorney General in 2014. She did this unassisted with her walker at age 89 after protesting that canvassing the Senior community where she lived was simply not enough. Her grand-nephew remembers fondly having to sternly tell her that she couldn't keep handing out fliers for his campaign in church parking lots in Las Vegas!

Sister Sue spent her final few years in Northern Nevada. True to her entire life, even in her nineties, she touched everyone in the Senior care facility where she resided. Her final vocation was to help other elderly and indigent people there, even as she needed help herself. She was fondly remembered by her long-time meal mate Bill as someone who visited them one by one, always offering a tender and patient ear and tried to lift each of them up.

In the final week of her life, some family brought a priest in for a private anointing of the sick. When the family exited the room, a number of her community members were outside weeping. One said, "she always called me her angel, I loved her dearly."

There are few people who can live nearly a century and rightfully be proclaimed by all who knew them - a living Saint. It would be hard to find a Nevadan who more directly touched more people in this state over the past 94 years. If she didn't have a fast pass to Heaven, then we are all in trouble.

A Catholic Funeral Mass will be held on Thursday, November 7th at 9:00 am at the Saint Thomas Aquinas Cathedral in Reno.

Memorial Contributions may be made to Catholic Charities of Northern Nevada, P. O. Box 5099, Reno, NV 89513.