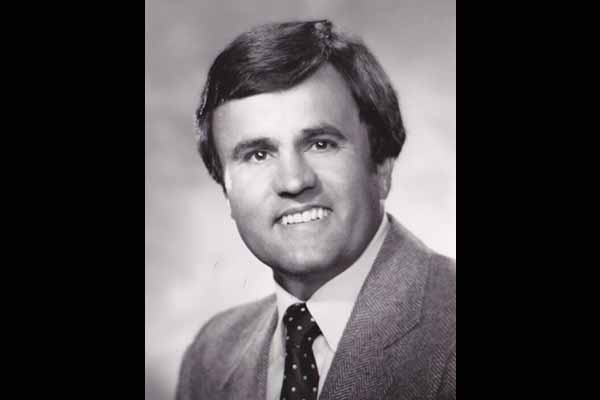 Julio Benardo Bilbao, of Boise, Idaho, peacefully passed away on January 26, 2022, due to complications related to Parkinson’s Disease at 78 years of age.  His wife and three daughters were at his side, and he was surrounded by the thoughts and prayers of many loved ones from across the US and in the Basque Country.

Julio was born in Emmett, Idaho, on December 26, 1943, to Frank Bilbao and Frances Bicandi.  Along with his older sister Dolores and younger brother Frankie, Julio grew up in Cascade, Idaho, where their parents owned and ran a boarding house and bar (The Emory Hotel and The Valley Club).  His family taught him a tremendous work ethic and the importance of helping those in need and contributing to his community.  These were values that he lived fully until the day he died.

After earning a bachelor’s degree in History from Carroll College (Helena, Montana), a master’s degree in School Counseling from Idaho State University, and a PhD in Education Administration from the University of Idaho, Julio dedicated his career to nurturing educational excellence within the Boise Public Schools.  He started off teaching world history at South Junior High, in addition to mentoring the Junior Varsity Quiz Team and coaching football, basketball, track and field.  He eventually became vice-principal at South Junior High, academic vice-principal at Boise High, and principal for Hillside and Les Bois Junior High Schools.  In 1998, Julio was named Idaho Middle School Principal of the Year.

Several decades prior while attending Idaho State, Julio met his future bride and beloved wife of over 50 years, Julie Ann Egurrola.  As a team, they lovingly raised three daughters, Josephine, Anita, and Amaya.  In addition to teaching, coaching, and refereeing, Julio supported his family as a Smoke Jumper for the US Forest Service.  He helped fight 113 fires in five western states over the course of 13 summers and made many lifelong friends in the process.  Julio also spent many years representing his mother’s family by working with the Bicandi Aldecoa Family Estate.

Proud of his Basque heritage, Julio was a leader in developing the first Basque Studies Program in Boise and in organizing the 1972 Holiday Basque Festival, a pre-curser to today’s Jaialdi.  Julio was a strategic and dedicated Mus (Basque card game) player and spent countless Sunday nights at the Basque Center participating in tournaments.  Also a tremendous athlete, Julio was named Outstanding Running Back and Most Valuable Player and was recognized with the Bishop Hunthausen Outstanding Boxer Award while attending Carroll College.  Golf was one of his favorite past times, and he cherished his time on the links with friends.  Julio also enjoyed spending leisure time in his vegetable garden, where he especially took great pride in his rows of beautiful green peppers.  Above all, Julio was happiest tending to the Bilbao family ranch in Cascade.  Julio’s ideal day was spent mending fence and maintaining irrigation ditches.

Julio brought his best to every undertaking in his life, no matter how big or small.  He unflinchingly met life’s challenges, including Parkinson’s, and took pride in a job well-done. Julio spoke from his convictions and values and was impeccable in his word.  He taught his children to be respectful and kind to all, that family and community are blessings, and to contribute to making the world a better place.

The family would like to thank the incredible staff at The Terraces of Boise and its Grove Memory Care for their professionalism, kindness, and compassion.

Services will also be live streamed at: Please go to the Web Home Page of Our Lady of the Rosary and there will be a box set up for both the rosary and mass services. Type www.olrboise.org

Arrangements are under the direction of the Nampa Funeral Home, Yraguen Chapel.

A video montage of Julio’s life can be viewed and online condolences shared at: https://www.nampafuneralhome.com/obituary/Julio-Bilbao

In lieu of flowers, donations in Julio’s memory may be directed to the following organizations or charitable cause of your choice:

Goian Bego - May Rest in Peace