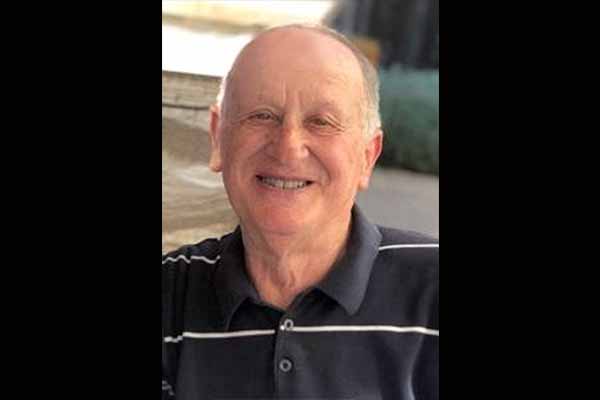 Jean Louis passed away on April 13, 2022, surrounded by his family in Chico, CA. He is survived by his loving wife of 52 years, Josette, children Jean Michel (Marianne) Martinon and Elise (Alain) Negueloua and his beloved grandchildren Jean Pierre, Benat and Elena. He also leaves behind his sister Fanny Darraïdou (Montreal), sisters-in-laws Marie Jeanne Martinon (Jean) and Louise Martinon (Pierre) and many family members, nieces, and nephews both in Canada and France. He is preceded in death by his parents Jean Baptiste and Elizabeth Saint Martin dit Martinon, his brothers Jean Martinon, Fr. Sauveur Martinon, Pierre Martinon, his sisters Kattina Challet, Sr. Marie Gracie Martinon and Marie Louise Donapetry.

Jean Louis was born on November 1, 1942, in Ayherre, France on his family farm. He was the youngest of eight children.  He attended St. Joseph College in Hasparren, France, and then served in the French Army. He immigrated to Montreal, Canada in 1965 where his sister and her family lived.  There he worked in construction and at a paper mill until he realized that the cold winters were not for him.  He received sponsorship in 1966 to come to the United States from Jean Pierre Parachou, a close friend.  He arrived in Artesia, California and worked by milking cows.  He then moved on and worked for Alta Dena Dairy in Santa Ana, Saugus, and Chino.  He would later purchase a gardening route on the side in the same area.

In 1969, he returned to France to marry Josette. After their marriage they both returned to Chino, California to start their life together. In 1971, they were blessed with the birth of twins, Jean Michel and Elise. Soon after, they purchased the Anchor Motel in Montclair, California.  Jean Louis continued to work for Alta Dena dairy, his gardening route and run the motel with Josette.  In 1978, Jean Louis and Josette purchased the Rancho Tehama Motel in Corning, California, which he would later rename, the 7 Inn. Jean Louis was a hard worker and along with his family they did everything themselves in the motel. He was super handy and could fix pretty much anything. While he didn’t have a lot of free time, Jean Louis did like to go fishing with his family. He also loved gardening and had an amazing green thumb that resulted in plentiful amounts of vegetables for everyone.

Jean Louis and Josette, along with their children, ran the 7 Inn for 41 years. He enjoyed his life in Corning, raising his family and running their motel business.  In 2019, they sold the motel and officially retired.  He stated that when they sold the motel they would go back to the Basque Country and enjoy a house he and Josette built for themselves and their family for years to come. He also wanted to have a party with their friends and family in the Basque Country to celebrate. Later that same year, the entire family and their good friends were together in Ayherre celebrating their 50th wedding anniversary and retirement as promised.

A memorial mass will be held on June, 1, 2022 at 10:00 a.m. at Notre Dame des Victoires, 566 Bush Street, San Francisco, CA followed by a lunch. A private burial was held in Napa, California on April 25th at the Tulocay Cemetery.

In lieu of flowers, please consider donating to the Basque Educational Organization (BEO) in honor of Jean Louis.  Mail to: BEO, P.O. Box 31861, San Francisco, CA  94131 or online at www.basqueeducational.org.