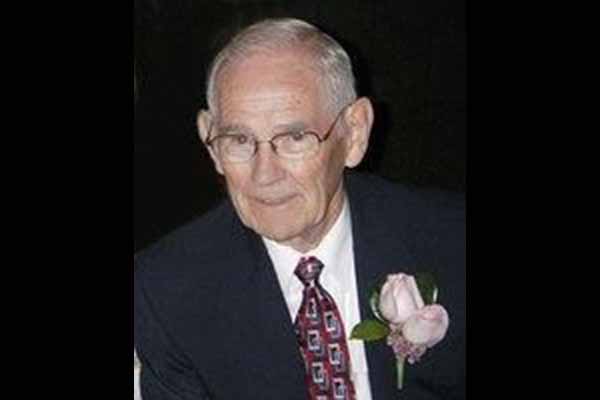 Jim was born into humble circumstances in Shelbyville, IL, to Tom and Mona Anderson. The fourth child of four, Jim never had the opportunity to know his two older brothers (Jack and George), as they passed before he was born from childhood disease. Jim was very fond of his older sister Coral who was 13 years his senior. Jim's early life was spent on a farm outside of Shelbyville, where his father farmed and took work as a carpenter. Both his parents taught in one-room schools.

Jim's mother, Mona, recognized early on that Jim had a talent for music and started him on the piano and violin at a very early age. His childhood was focused on music, and he was an excellent and obedient student. Jim attended elementary school in a one-room schoolhouse. On trips back to the area, he loved to visit places where he grew up. The family moved from the farm into Shelbyville around the time Jim was in 5th grade. He finished high school in Shelbyville, graduating from Shelbyville High School in 1944.
Shortly after graduation, Jim enlisted in the Navy and spent two years stationed at the Naval Station Great Lakes and then at the Clearfield UT Naval Supply Depot. He received an Honorable Discharge and left the Navy June of 1946. He started school at the University of Utah, where he graduated with a Bachelor of Science and later earned a Master of Arts from the University of Idaho.

Jim met his wife Betty Ann while attending the U of U. Jim and Betty were married August 15, 1947. A little more than a year later, they welcomed their first daughter, Chris, into their young family. Upon graduation, Jim took a job at Tooele High School teaching music and making the commute between Tooele to Salt Lake City on weekends.
After two years teaching in Tooele, Jim began a career in the Boise School District teaching choir at North Junior High School. The move to Boise started many successful years of teaching music education to students in Boise. At Boise High School, Jim found great success directing the Boise High Choir, and he was instrumental in many momentous performances, including "Christmas in the Capitol Rotunda," which was broadcast nationwide. Jim or "Mr. A" (as he was affectionately referred to by his students) aimed for excellence and professionalism with his choirs.

Over time, Jim and Betty added another daughter and two more sons to their family. Jim loved his family very much and enjoyed spending time together with them as often as possible. As a music teacher, he was most anxious to share his love of music with his children. Weekend evenings in the summer Jim was frequently found grilling up hamburgers and making his specialty, old-fashioned chocolate sodas.

Jim's musical contributions and talents were not limited to the schools where he taught. He contributed his professional experience and talents as a judge at local, regional and national music competitions. He was often involved in Boise Music Week, and in 1979 he was the Director of Music for the Music Week production of "The Pajama Game."

Jim also directed the Boise Basque Biotzetik Choir from 1986 until 1998.

Jim served on various community boards and professional associations and is a past president of the Idaho Music Educators Association. He also supervised the Boise School District drivers education program for many years.

Jim will be profoundly missed by his immediate and extended family. He leaves a legacy of service to his community, and he instilled a love for music in his posterity. He will be remembered for his integrity, humility and his good nature.

Funeral services will be held this Saturday, July 24, 11:00am, at Relyea Funeral Chapel, 318 N. Latah St., Boise. Interment will follow at a later date at the Idaho State Veterans Cemetery.