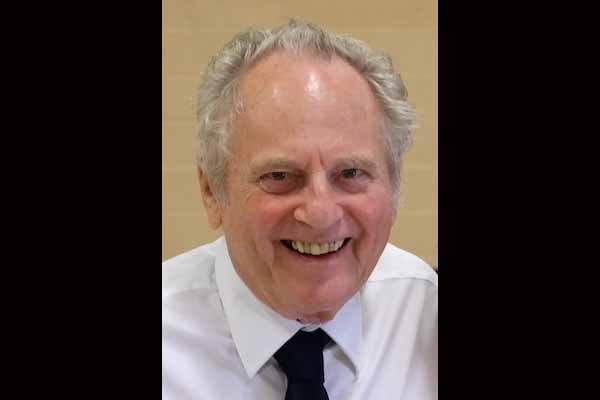 Harvey Wilber Itzaina, 85, entered into eternal life on May 15th, 2021. Fr. John Itzaina, Harvey's brother, administered the Anointing of the Sick and blessing in the presence of Mary Jane Itzaina, Harvey's wife of 65 years. Harvey was in the comfort and care of his Interim hospice team at New Visions Senior Living on Lake Boulevard in Redding.

Harvey was born in Oceanside on June 25th,1935 to Harvey T. and Eleanor Itzaina. He was the eldest of five children and known as "Willie" to close friends and family. Harvey graduated from Vista High School in 1953. On a memorable class reunion trip, Harvey and Mary Jane traveled in his father's 1953 truck which Harvey had inherited and then beautifully restored.

Harvey and Mary Jane (Nee Goss) were married in Bellflower on August 13th, 1955. Their marriage was blessed with seven children. A daughter, Mary Catherine, went to heaven in infancy. Construction work on Interstate 5 brought the family north to Anderson in 1964. As Sacred Heart parishioners, the children attended parochial school. During this time, Harvey was a Eucharistic Minister and played guitar and harmonica in the folk choir.

Harvey was a self-employed heavy equipment mechanic, master welder, and engineer for fiber optic cables later in his career. Harvey pursued his passions: off-road motorcycle racing, aerial competition in his Luscombe, fishing for steelhead in the Sacramento River, and sailboat racing on Whiskeytown Lake (with Mary Jane as First Mate). In his retirement, he met his goal of building a Lakester and racing at the Bonneville Salt Flats in Utah with many family members cheering him on. He is fondly remembered for his beans, Basque bread, and barbeques around the family pool. In his leisure years, he enjoyed watching professional golf and rooting for the "San Diego" Chargers. Harvey encouraged visits to Burney Falls - a special place for him.

The Mass of Christian Burial will be held at Sacred Heart Church in Anderson on Saturday, June 5th at 9:00 a.m. A reception will follow. At a later date, Harvey's earthly remains will be inurned at Queen of Heaven Cemetery in Rowland Heights, where infant daughter Mary Catherine is buried.