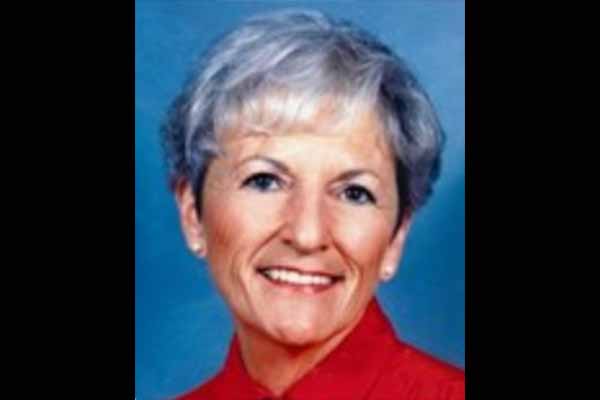 Gloria Fundis often quipped that much of her life followed the span of northern Nevada's Humboldt River. She was born April 18, 1935, in Battle Mountain to Victor and Maria "Concha" Urriola, and spent most of her adult life in Lovelock.

Her upbringing in Lander County is marked by lifelong friendships, many adventures and time spent helping out at her parents' store, Urriola Dry Goods. She went on to earn a teaching degree at the University of Nevada, Reno and her first teaching role took her to Lovelock, the hometown of Pete Fundis. Their romance would lead to a 54-year marriage.

Gloria was a beloved teacher and friend to many, and known for her warm smile, sense of humor and acts of kindness. She was named to the Nevada Women's Fund Hall of Fame in recognition of her volunteer work to advance education for English-language learners, particularly within the Hispanic population, and adult literacy in Pershing County. In partnership with Pete, she supported the development of Fundis Company, a thriving trucking company that continues under different ownership. In retirement she and Pete moved to Reno.

Gloria enjoyed writing, art, music, antiquing and, along with Pete, exploring Nevada, the southwestern U.S. and the Basque region of Spain where she was warmly embraced by family despite the passage of decades since her parents immigrated to the U.S. Most of all, she loved spending time with her friends and especially her family.

Gloria died on Christmas Eve, 2019, in Reno. She is preceded in death by her parents, husband Pete and brother Dan and his wife Chris, and sister-in-law Ann Kolman. She is survived by her children Jane (Ryan) Tors of Reno, Kay (Joe) Neal of Seattle and son John Fundis of Dallas; grandchildren Erin Neal, Pete Neal, Kate Fundis and Reid Fundis; and sister-in-law Cora (Robert) Rix.

A reception celebrating Gloria's life will be held Sunday, January 19, 10 a.m., at The Grove in the South Creek Center, 95 Foothill Road in Reno. Donations in her memory may be made to the Center for Basque Studies, UNR/Mail Stop 2322, 1664 N. Virginia Street, Reno, NV 89557; please make checks payable to UNR Foundation and indicate Gloria Fundis Memorial in the memo line.