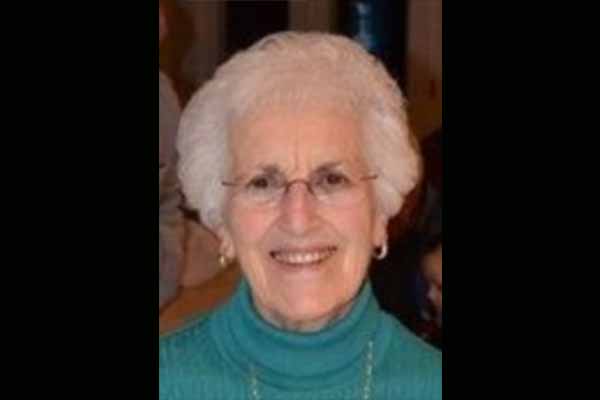 Gloria Marie Achurra Navarro, 88, passed away peacefully with her family at her side, January 20th, 2020 at St. Luke's Hospital in Meridian, Idaho.

Gloria was born October 15, 1931 in Boise, Idaho to Santiago and Raimunda (Echevarria) Achurra. Gloria grew up on her family farm while attending Pierce Park Elementary School and Saint Teresa's Academy. Even during her early years she made sure her family was taken care of, including fiercely defending her brother Hank with her lunch pail.

In 1948 Gloria was attending a Basque Dance where her father insisted a wonderful man named Johnny ask her to dance. Fortunately he listened and Gloria quickly fell in love. Together they shared a passion for the Basque community, which remained prevalent through their almost 70 years of marriage.
John and Gloria were married on November 11th, 1950 at Saint Mary's Catholic Church. After they married they had three children, Rick, Teresa, and Debbie. Gloria was the rock of the house and remained home to raise and care for their children. Family was everything to Gloria; she had an immense pride in her children, grandchildren, and great grandchildren.

Gloria was an amazing cook. From red bean soup and solomo to flan and rice pudding Gloria showed her love through her cooking and always made sure to provide three hot meals a day for her family.

In 1960 Gloria and John began the process of building a family cabin in Cascade, Idaho. She always enjoyed the abundance of perch that they caught on Lake Cascade and spending time away from the city. The cabin was a home a way from home for them. Later in life, Gloria enjoyed watching her family create their own memories at the cabin while maintaining old traditions like homemade waffles and ice cream.

Gloria spent many years serving her community while volunteering at Saint Mark's food bank, Saint Luke's Hospital, and the Breast Cancer Detection Center. Gloria was a proud charter member of Euzkaldunak and a loyal member of the Holy Spirit and Holy Apostles Catholic Churches.

Gloria was a sports enthusiast. She never missed one of her kids, grandkids and great grandkids games. Always keeping score, even when you weren't supposed to.
She loved everything from the little league games to the professional events.

Gloria was the epitome of a matriarch, a pillar of strength for all that were around her and admired by her family.

She is preceded in death by her parents, Santiago and Raimunda Achurra, and grandson Jake Taylor.

She is survived by her husband: John Navarro; children: Rick Navarro (Bobbi), Teresa Taylor (Roger), Debbie Smith (Jim); grandchildren: Nick Smith, (Sarah), Patxi and Henry, Tyler Smith, Jen Waldher (Kelly), Ben, Jocelyn, and Landon, Derek Standley (Anika), Carson; brother, Henry Achurra (Gerri), and many other nieces and nephews.
The family would like to thank the caregivers at the Life Care Center of Treasure Valley for their kindness and support over the last 10 months.

Private family services will be held. Remembrances may be left for the family at www.AccentFuneral.com. Services are under the care of Accent Funeral, Meridian.