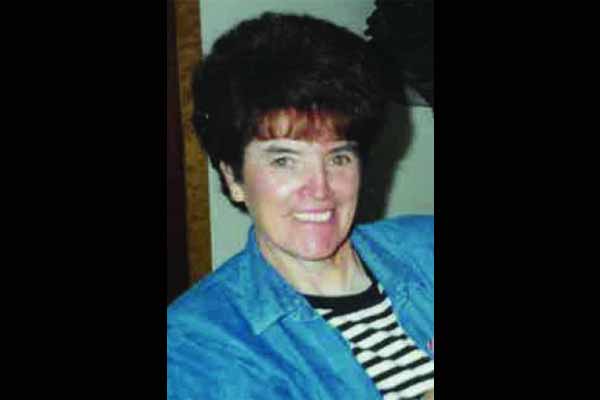 Our beloved Ama and Machi passed away on June 9, 2022 at her home surrounded by family. She was born on June 30, 1941 in St. Michel, France, the 5th of 6 children born to Jean Baptiste and Marie Jaureguiberry.

In May of 1962, at age 21 she decided to leave her family to make the journey to America where she came to work for JB and Mayie Maitia to care for their children, Jenny and Danny who she often considered her first kids. She told stories of having her first banana split at Andre's Drive In with them and walking to Green Frog Market.

In 1963, she met her future husband, Jose Maria Mendiburu at the Basque festival and tells of their first encounter where he walked passed her and knocked her full dinner plate out of her hands! What a jerk she thought!

Never the less, on April 11, 1964 Ama and Aita were married. They moved to Cuyama where they started Double M. Sheep Co. They had two children, Pete and Mary Jo.

Ama was always keeping busy at home and would work along side Aita with the sheep where often he would say if I had 10 men that worked as hard as her, I would be set!

She was known for her great cooking, quick wit, speaking her mind and was often known to play a prank on her friends always being gashtoa.

Germaine was preceded in death by her husband Jose Maria, her parents, brothers, Guillaume, Sebastian, Benat and sisters, Grace and Catherine.

I would like to express a personal thank you to my brother, Pete and sister-in-law, Christine who sacrificed so much and dedicated every moment to caring for Ama. Our family will always be grateful.

We would like to thank Kristen with Santa Maria Hospice for all of her guidance.