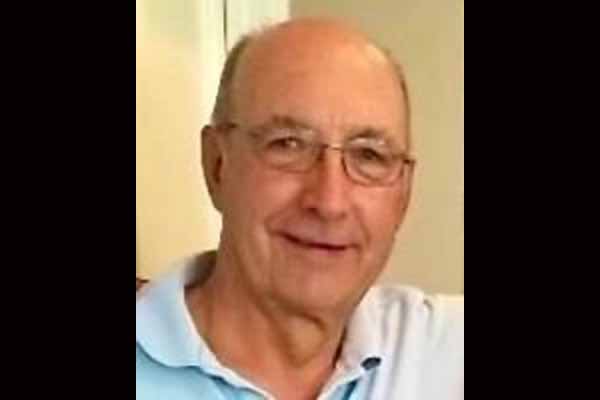 Enrique Goitiandia passed away at his home surrounded by loved ones on November 30, 2021. He was the last born of seven siblings to Francisco Goitiandia and Juliana Lecona on November 1, 1945 in Aulestia, Bizkaia.

He had good memories of his formative years and often recounted stories of catching wild rabbits for dinner, picking fruit and nuts off the orchards surrounding his home, riding his bike and of his beloved grandmother. Enrique attended grade school in Aulestia and then went to study engineering in Markina. He was a good student and used his engineering skills throughout his life as a machinist and tool and die maker.

Enrique grew up in the aftermath of the Spanish Civil War. His father had been falsely accused and imprisoned and Henry's political views against the dictator were no secret. In 1966, he joined his two brothers in the US and began working in Yankee Machine Shop while taking some classes at Boise State College. Then in 1969 Enrique was drafted into the Army where he served in Vietnam as a transport driver. Following his service he became a US citizen in 1970. Enrique met Coro Gil in 1965 prior to coming to the US. They corresponded for five years before deciding to marry. On December 4, 1971 Henry made the wisest decision of his life and they married in Donosti, Gipuzkoa. In May 1972, Enrique and Coro arrived in Boise to begin their life here. Enrique worked as a tool and die maker for Hewlett Packard in the printer division from 1979 to 1996 where he made many lifelong friendships.

Enrique loved the outdoors and spending time with friends hunting, fishing, hiking, biking, eating and drinking. In 1989, he purchased some property at Ten Ax Ranch outside of Lowman and spent every weekend for the next decade building his cabin on the property with his son Iker, family, friends and neighbors. Since that time, the number of memories, jalapeños, and drinks made there are just too great to count.

Enrique was also a leader and participated in the communities that mattered to him most. He served on the TenAx Board for 6 years as president and on the water board for over 25 years. He was always extremely proud to be Basque. He served on the Euzkaldunak (Basque Center) board in the 1980's and participated in the Basque Choir, played pala and mus, attended dinner functions, picnics, and festivals where he could see and talk to people, especially in Euskera.

Enrique will never be remembered as being a quiet or humble individual. He will be fondly remembered by his family and friends and his unforgettable booming voice will echo in our memories and time spent with him.

A funeral service will be held on Thursday, December 9, 2021 at 11:00 a.m. at St. Mark's Catholic Church. A private burial will follow at Morris Hill Cemetery under the direction of Summers Funeral Home. In lieu of flowers, the family suggests donations to Artzai Ona, Basque Museum or Euzkaldunak.

Memories and condolences may be shared with Enrique's family on his memorial webpage, see link.