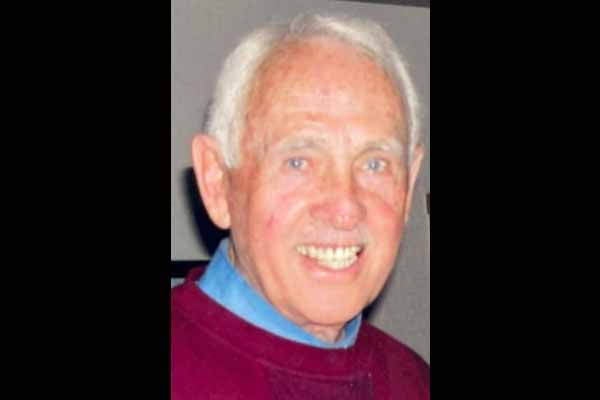 Dan was born in Eureka, Nevada on September 29, 1926 to Manuel and Louisa Uriarte.

Throughout his life, Dan's Basque heritage was a source of pride demonstrated in his hard work, honesty and his enduring friendships.

In his early childhood, Dan's parents owned and operated the Star Hotel in Eureka until his mother, Louisa, moved her five children to Ely, Nevada. Their last move as a family was to Elko, Nevada.

While attending White Pine High School in Ely, he met Alice Joudas, who later became his loving wife. As former high school sweethearts, Dan and Alice married in Elko in 1954.

Dan and Alice celebrated their 68 year wedding anniversary together on March 20, 2022.

When Dan turned 17, he served in the U.S. Navy in World War II. He served aboard the USS Lexington and was later stationed on Ford Island in Honolulu. After being discharged in 1946, he returned to Elko and worked for Elko Liquid Gas Co. and served as a member of the Nevada National Guard.

In 1955, Dan and Alice moved to San Francisco near Alice's family.

They joined the Family Shoe Store business in the Linda Mar Shopping Center in Pacifica, California where they worked together and enjoyed success in their business. Dan and Alice had a good touch with their businesses, houses, and especially people. As a mark of his success, Brown Shoe Co. honored "Dan's Shoe" for their integrity and smart merchandising.

As a later business endeavor, Dan purchased Linda Mar Hardware and quickly converted it to an Ace Hardware Store.

During this time and beyond, Dan was active in the Merchant's Association, Lion's Club, Catholic Church, San Mateo County Pageant, Knights of Columbus, Chamber of Commerce, Little League, and many Golf Clubs where he participated and won several amateur tournaments.

When the time came to sell the store, they moved to Millbrae, California and belonged to Green Hills Country Club for a time, and then on to El Macero Country Club near Davis, California.

In 1980, they returned home to Elko, Nevada where they developed the Eastland Hills Subdivision at the Ruby View Golf Course in Elko.

Always looking to the next opportunity, they soon transitioned to the Palm Desert area of California and purchased a condo at the Bermuda Dunes Country Club.

After Palm Springs, they next moved to the Carson Valley in Nevada and had a home in Minden. Dan worked for several years at Edgewood Tahoe Golf Club and on the Celebrity Golf Tournament which gave him many pleasures meeting famous people.

From Minden they moved to Reno, where they golfed at Wingfield Springs in Sparks and Somersett Country Club in Reno. After Wingfield, they moved to a delightful 55 plus community, Regency, in South Reno where they made many new friends. Clearwater at Rancharrah was his final home.

Dan loved playing cards and being a great neighbor to so many. Dan loved fishing and chukar hunting, but his greatest passion was golf. Heaven must have a golf course. In his many years as a golfer he belonged to the following golf courses: Washoe Valley, Wolf Run, Somersett Country Club, Bermuda Dunes Country Club, Heritage Palms Country Club, El Macero Country Club, Green Hills Country Club, Carson Valley, Corte Belle in Arizona and Sharp Park in San Francisco.

While Dan and Alice had no children of their own, Dan helped many young people get a start in life. He loved telling stories or a good joke, he had a fun filled good nature and he never met a stranger. Upon his passing, his wife Alice and his beloved niece, Michele Uriarte, were at his side. Even in his last days, Dan was sharing his humor with the caring staff, as well as his family and friends.

Dan is survived by his loving wife, Alice. His sisters-in-law Cleo Fisher and Beverly Uriarte. In addition to many loving nieces, nephews and friends. Dan was preceded in death by his mother and father; siblings, Jesus Makazaga, Maria Apodaka, Theresa Uriarte, Angelo Uriarte, Josephine Smith, Louie Uriarte and Violet Madariaga. His mother and father-in-law George and Anna Joudas. His sister-in-law Peggy Joudas, and brother-in-law Peter Fisher.

Celebration of life will be held on May 7th, 2022 in Gardnerville, NV.