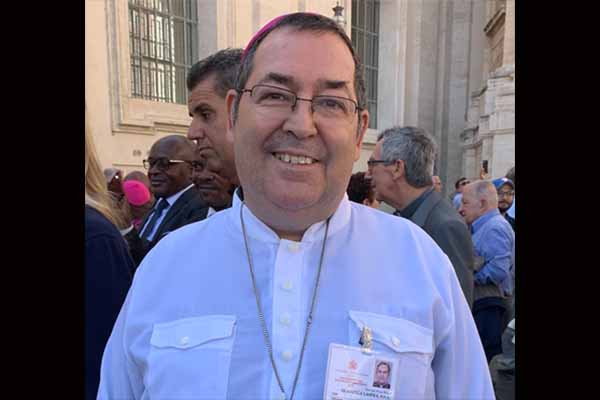 Bishop Olaortua died suddenly at 56, after participating in the Synod

Mass will be held on Monday, November 4, in the Cathedral of Iquitos. He was 56 years old.

Miguel Olaortua Laspra was bishop of the Peruvian Vicariate of Iquitos. His remains have been exposed on November 1 in the cathedral of Iquitos.

Monsignor Olaortua Laspra was born in Bilbao on November 22, 1962. On October 4, 1987 he was ordained a priest in the Cathedral of Santiago in Bilbao. Then he began studying Philosophy and Theology at the General Seminary of the Augustinian Fathers in Valladolid and at the University of Deusto; He later moved to Italy, where he graduated in Educational Sciences from the Salesian Pontifical University of Rome. After completing his university studies, he served as a priest in the Diocese of Bilbao. Later he was parish vicar of the Parish of Santa Rita of the Archdiocese of Zaragoza. And he was coordinator of the San Agustín School and its director, prior of the Augustinians and provincial advisor of the Augustinians in Zaragoza.

On April 16 of that same year he was appointed bishop. He was also administrator of the Apostolic Vicariate of San José del Amazonas between 2011 and 2014.

(article on his death in Religión Digital)