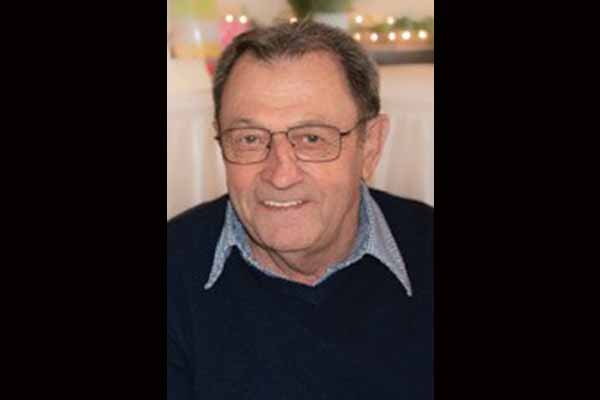 Albert Goyenetche, a well-known and appreciated person in the Basque communities of California, passed away unexpectedly at home in Bakersfield, California.

Albert was a native of Ainhoa ​​(Lapurdi), one of the eleven children of Pierre and Julianna Goyeneche. At the age of 16, in 1962, he emigrated to the United States, as did several of his siblings.

He started out as a sheepherder in Tooele, Utah and through work he became a successful businessman in the dairy industry. Throughout his life he has been a great supporter of the Chino and Bakersfield Basque Clubs, of both klikas, pilota and many other activities.

A big hug and condolences to his wife Gracie and his children, grandchildren, siblings, family and many friends.

This is Albert's obituary as published on May 23rd on Bakersfield Californian, Legacy.com:

Albert Michel Goyenetche, 75, of Bakersfield passed away peacefully at home on May 7, 2021.

Albert was born on September 4, 1945, in Ainhoa, France to Pierre and Juliana Goyenetche. He was the ninth of eleven children. In 1962, at sixteen years old, he immigrated to the United States with his brother Jean Pierre. He landed in Utah, where he worked for one year at a cattle and sheep ranch before settling in Chino, California, with his brother Etienne.

In Chino, Albert worked as a milker, as a calf buyer and sometimes as a bartender at what would become one of his many favorite places to be, Centro Basco. There, he met his wife of 50 years, Gracie Bachoc. The two married in 1971.

In 1973, Albert and Gracie bought her father's dairy, beginning what would become a long and successful career. He was widely respected for his work ethic, ambition and passion for the industry. In 2000, he moved to Bakersfield, where he lived for the rest of his life.

He was a founding member of the Chino Basque Club and served on several boards including the Kern County Basque Club, Hi-Grade Milk Producers Association, California Dairies, Inc. and the Chino Fair Board. He was also a strong supporter of Future Farmers of America students, often purchasing their livestock projects.

Albert loved nothing more than spending time with his family and countless friends. He enjoyed playing in the klika, playing pala and mus, and he could often be found at Benji's French Basque Restaurant having lunch and joking with his friends. Albert was loved by many.

Albert is survived by his wife, Gracie, children Kristine (Ramon) Echeverria, Michael (Rosana), John and Pierre; his grandchildren, Anthony, Sergio, Danielle and Juliana; his sisters, Marie Jeanne Errandonea and Marie Therese Tellechea of Ainhoa, France, brother Joseph and sister Josephine (Rene) Almirantearena of Chino; his sisters-in-law Kathie Goyeneche of Chino and Antoinette Goyeneche of Ainhoa, France; and numerous nieces and nephews. He s preceded in death by his parents and his brothers Laurent, Martin, Remy, Jean Pierre, Etienne and Bernard.

A Rosary and Mass of Christian Burial will be held Friday, June 4th at 9:00 am, at St. Francis Catholic Church, 900 H St, Bakersfield, California.

In lieu of flowers, donations can be made to Chino Basque Club, Kern County Basque Club, or your local FFA Chapter.