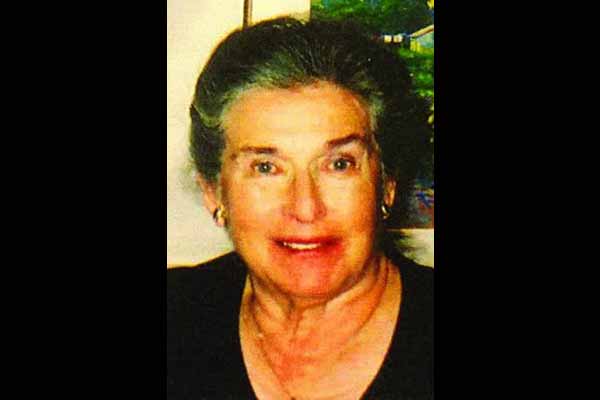 Our Mom, Grandmother, Great-Grandmother, Aunt and Friend peacefully passed away at the home of her daughter Mary. Due to der devout Catholic faith, we are comforted that she is now with our Lord Jesus Christ in his heavenly Kingdom. Mom shared this deep faith with her children and her spouse.

Mom was born in Stockton, Ca in 1926 to Spanish Basque immigrants Sebastian Urzanqui (Eugui, Navarra, Spain) and Lucia Badaya (Abadiano, Viscaya, Spain). She was most proud of her heritage and shared it with her family, she especially loved telling about the adventures she had at her father's sheep camp, visiting her uncles at their camp and the famous Basque Sheepherder's Picnics in California, she was a proud member of the Bakersfield Bo Peeps ladies auxiliary.

Mom moved to Wasco, Ca in 1933 with her family and lived there until 2014 when she moved to Menlo Park, Ca to live near her 2 oldest children. She was educated in the Wasco School District and was in the 1st graduating Class of the new Thomas Jefferson Jr. High in 1940 as well as its 1st student body president. In high school she excelled in academics, marching band, was Head cheerleader for 3.5 years, sports - Tennis and Soccer, journalism as editor of the Tiger Rag and Yearbook. During WWII she was asked to coach boys and girls by the Recreation Department as the men were not available for the summer programs. After graduating from Bakersfield Community College, she was asked to apply for a provisional teaching credential and taught at Wasco's Elementary School. She finished her degree at San Francisco State College and returned to teach in Wasco.

She met the love of her life, Livio Babe Durando, while clerking, part time in the local grocery store. Dad had moved back to Wasco to take over his father's farming business. They were married in 1949. Together they raised 4 children Mary, Richard, Susan, and Timothy. Her life was busy as a wife, mother, bookkeeper, 4-H Leader, Altar Society & Federated Woman's Club member. She was an avid knitter and always had her needles clicking where there was down time. She was famous for knitting dress socks for her 3 boys and the beautiful 3-foot-long Christmas stocking that she gave as christening gifts to family and friends & Church and Woman's Club fund raisers. She was active in the Wasco Rose Festival and was Co-Grand Marshall of the Festival Parade in 2006.

When a substitute teacher was needed for 6 weeks in 1961 at St. John's School in Wasco; mom filled the vacancy. She did other sub work for both St. John's and the Public Schools until she was asked to pilot a new program for the Kern County School District. She became one of the 1st ESL resource teachers for the State of California. She helped pioneer testing and teaching program for the migrant students for the district. She was asked to share her approach at many teacher conferences throughout the State. She retired in 1975.

She and dad enjoyed traveling to see their son Tim play football at the U of O and mom was a proud Daisy Duck. They would also attend many Stanford games as it allowed them to visit their 2 oldest children at the time. Mom became more active in the Federated Woman's club and held many local, district and State Offices. She was particularly proud of spear heading the central coast replacement of the Mission Bells along the California Coast from Santa Barbara to the University of Santa Clara location. She was very active in the Womans Club reading sorority, having read over 5400 books over about 15 years. She was also elected to the International Society of Women Educators.

Her Family wishes to thank mom's care team over the last 10 years: Dr. Tommy Lee, Dr. Susan Hoffman, Dr. Bob Hu and the Stanford ED and Hospital Staff. We are especially grateful to her home care givers for the past 4 years, Fatima, and Malia, you were her special angels.

She is preceded in death by her parents, beloved spouse of 50 years, Babe Durando and siblings Fernando & John Albert Urzanqui, Mary Jane Rogers (Col. Charles deceased), and son Timothy (Pat Durando Campbell). She is survived by children Mary Durando, Susan Bravo (Dr. Keith) and Richard Durando (Margaret). She has seven grandsons: Greg (Hannah), Michael (Courtney), George, Douglas and Mark Durando, Joshua, and Benjamin Bravo. She was a great-grandmother to Jack, Holly and Stevie Seline Durando and Ona Catherine Campbell. She has many nephews, 2 nieces and many great-nieces and nephews.

In lieu of flowers please consider donating to your favorite charity or the following:

Services will be held Friday, June 4, 2021, at 10am at St. John's Catholic Church in Wasco, Ca with Rosary at 9:30am. Interment will be held at Wasco Memorial Park following Mass.

(published in Bakersfield Californian, Legacy.com on May 30, 2021)