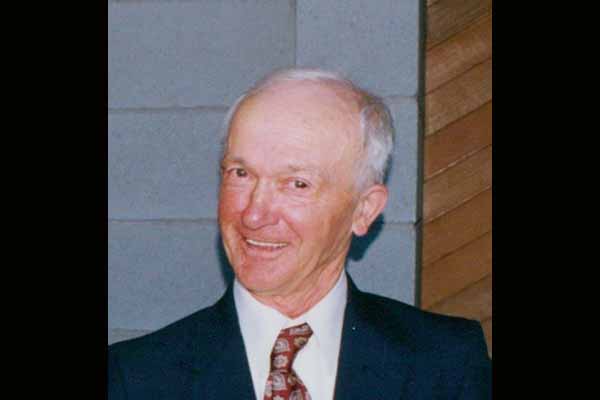 People ask who my hero was. My answer is my dad, but sadly I announce the passing of my father at 89 years of age.

Thomas was survived by his only child Michael. He was predeceased by his wife of 54 years Marianne as well as brothers and sister in the basque region of France-Spain.

Thomas was the nicest – kindest person that there ever was. He was born in the basque city of Beijrie, France in 1930, growing up on the farm.

In the early 1950’s, dad packed up along with a few dozen other basques and started a new life in Canada as a sheep herder.

Working in the Adams Lake Plateau, he killed 18 bears and 4 cougars while protecting the sheep. As there was not much money in that field, he got a job at Buff Lumber and later Weyerhauser.

In the mid 60’s , my dad went back to the basque country and married his sweetheart Marianne. They knew each other as children.

Going back and forth from Canada to France, they settled in Canada due to political reasons. French – Spanish security forces continue even in 2020 to abuse and at times torture the basque minorities. All these c rimes are ignored by mainstream media and western government. Dad’s love for French-Spanish people continues, but his dislike for the security forces will live on..

After retiring, mom and dad went to the basque country seven times and loved every minute of it; Beauty, culture, weather.

Dad was a great person with a big heart who helped anyone in need and never wanted anything in return, except maybe a glass or two of good wine.

Dad was a great family man and made sure, along with Marianne, that we were always in good shape financially: work, save, invest.

I know he was reunited with my mom in heaven and at the right time I will see them again.

I would like to thank Les, Valerie, Carol, and Brian. And a thank-you to Maria Salviati. Thanks to his remaining longtime friends Dominic Mihura who also came from the basque country, and to Gerhard Hartwig and Donald Dupius.

Special thanks to the staff at Ponderosa Lodge where dad spent his final few months. The nurses and care- aids do a tremendous job. I would also like to thank a gentleman named “Les” who was a resident at Ponderosa. He was very kind to my father. “See you in the next world Mom and Dad”

The Funeral Mass will be celebrated in Sacred Heart Cathedral on Thursday, March 5th at 9:00 a.m. Interment will follow at Hillside Cemetery.

Condolences may be expressed at www.schoeningfuneralservice.com.