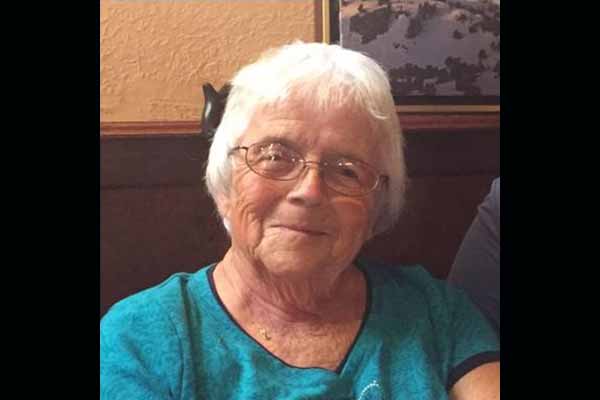 Rose Marie Juaristi died peacefully in her home on July 6, 2019. She was surrounded by the warm love of family and friends.

Rosie was born Rose Marie Elicegui on August 4, 1940. She lived in Boone Springs, Nevada, a remote outpost north of Ely that consisted of a gas station, store, and little house.

Boone Springs no longer appears on maps, but Rosie called it home until she attended school and boarded in Ely during the mid-1950s. She graduated from White Pine High School in 1958.

In the years after school, Rosie worked as a secretary in Ely and found fun with her band of lifelong best friends. On one adventure to the big city of Elko, Nevada, Rosie saw Jose “Joe” Juaristi for the first time at the Star Hotel. He, a Basque sheepherder turned restaurant owner, was bartending that night. Rosie declared then and there, “I’m going to marry that man.”

She and Joe married in May 1966, and not long after, bought and operated the Blue Jay Bar in Elko. Later, they bought acreage on the outskirts of town, with enough space for sheep and the many pets that found their way to Rosie — dogs, cats, goats, bunnies, chickens, and a magpie.

Rosie’s love for animals was surpassed only by her dedication to family and friends. Her kitchen was the hub of the house, and some might say, the whole town. Friends and family stopped in to share food and swap stories. Many found refuge, sound advice or the warm hug they needed.

Rosie was fiercely protective, of her three children especially. She was the coach, fundraiser, encourager and chief detective. She always knew who was getting into what.

In her later years, Rosie was as vibrant a force as always. She met friends for lunch regularly; doted on her beloved pup Mia; traveled solo via train and plane to visit family and friends in Reno, Sacramento, Arizona and New York; and lit up the Nevada switchboard keeping tabs on everyone.

Rosie is survived by her three children Jonna (Roger), Vince and Amy (Cameron) — though others in Elko claim she was equally a mother to them — three grandchildren Jacob Ward (20), Alexis Ward (17) and Téa Smith (1); a sister Anita Williams (93); and several sisters-in-law, nieces, and nephews here in Nevada and in the Basque Country of Spain.

Rosie was preceded in death by her two brothers Joe and Mike. She survived her husband Joe, who died in May 2016, just two weeks shy of their 50th wedding anniversary.

Services and a celebration of Rosie’s life will be at St. Joseph’s Catholic Church in Elko, Nev. on Thursday, July 11, at 10 a.m. A reception will follow at the Basque Club House.

If you have it, please wear something purple — Rosie’s favorite color.